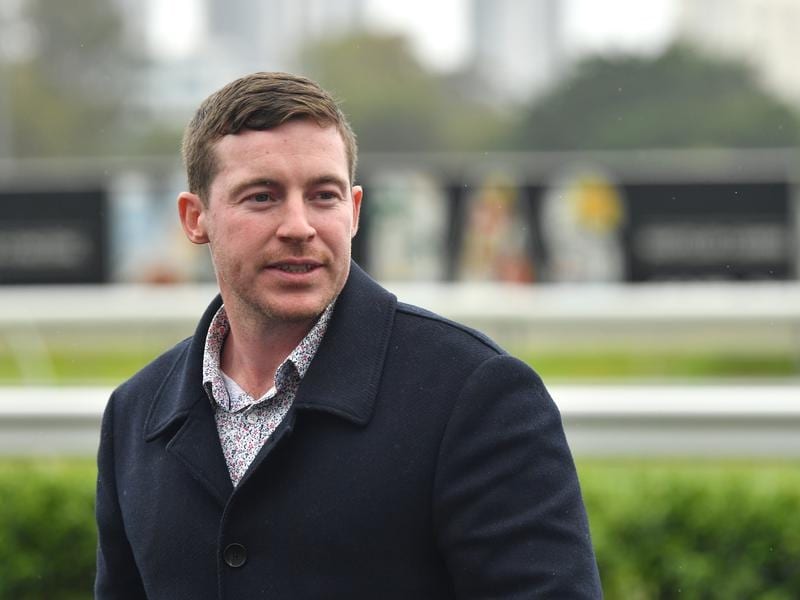 Qld trainer Ben Currie has been disqualified for four years for bringing racing into disrepute.

Racing in Queensland can expect more weeks of complicated legal action after Toowoomba trainer Ben Currie was disqualified for four years on two charges of bringing racing into disrepute.

Stewards gave Currie two years on each charge under Australian Rules of racing AR 175 and made the penalties cumulative.

Currie’s barrister Jim Murdoch said he needed to take instructions from Currie and to confer with the rest of the legal team before taking any further action.

“It wouldn’t be appropriate to comment any further until that is done,” he said.

Currie has several options in the coming weeks.

He can seek a stay pending an internal review and if he fails in the review he can appeal both sentence and conviction to the Queensland Civil and Administrative Tribunal.

Currie also has the option of taking Supreme Court action down the track.

He will be in the Supreme Court on Thursday for a judicial review of a Racing Queensland decision to refuse his nominations.

One of the things Currie must decide is whether in light of his disqualification the judicial review should be put on hold.

Currie has been facing 42 allegations, some dating back more than a year, and the two charges are the first to be resolved.

Another decision would be for Currie’s lawyers to ask for a speedy resolution to all matters so they could address them as a whole.

Stewards charged Currie last month with two counts which originally involved allegations of using a jigger or instructing someone else to use a jigger in 2015 and 2016.

The alternate charges were based on text messages Currie sent to staff or friends.

Currie was found guilty of the two charges and his lawyers made written submissions on penalty this week.

After considering the submissions the Queensland Racing Integrity Commission announced in a short statement on Friday, Currie had been disqualified for four years.

He has been given until Friday, May 17 to move his horses to other stables

QRIC did not say on what precedents they based the four years which is the same penalty imposed on Victorian trainer Darren Weir who was found in possession of two electrical devices known as jiggers.

In 2007, Victorian trainer Paul Preusker (four years) and jockey Holly McKechnie (three years) were banned for using an electrical device on a horse during trackwork.

Currie is awaiting a Supreme Court judicial review of a Racing Queensland decision to refuse his nominations which is listed for a day-long hearing on Thursday.

As a result of the refusal at least 26 horses have been moved from Currie’s stables to other trainers.