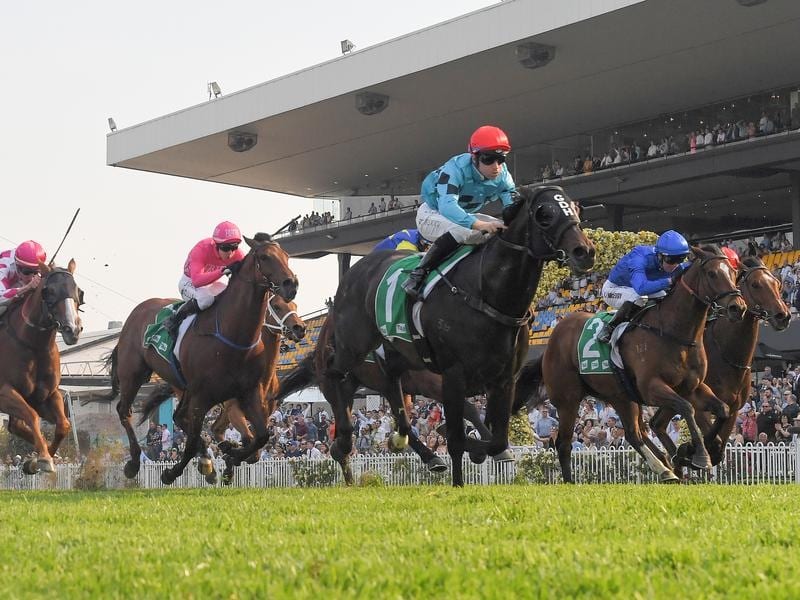 Last year’s winner Pierata will try to end his racetrack career on a high in the All Aged Stakes.

Hugh Bowman has all but declared Bivouac in the final Group One race of the Sydney season, labelling the colt the supreme sprinter of his age group.

Already a dual winner at the highest level, the three-year-old will line up against a cracking All Aged Stakes (1400m) field led by last year’s winner Pierata, top sprinter Santa Ana Lane and last-start Group One winner Dreamforce.

Bowman believes Bivouac can beat them all from an ideal draw.

“He has been an exceptional colt, he is probably the best three-year-old of his generation,” Bowman said.

“I just love the barrier draw, the way the race looks to set up. I think it suits him. He is an exceptional horse and he’s in great order.

“From barrier four I expect to be just behind the speed. With even luck I think he will win the race.”

Luck did not favour the pair in the TJ Smith Stakes last start when Bivouac, expected to settle on speed, was sluggish to jump.

He ended up with the backmarkers while Nature Strip dictated from the front and skipped clear for a dominant win.

Near-last on the turn, Bivouac made ground to finish sixth in a performance that has only underlined Bowman’s faith.

“He missed the start the other day and it was just the end of the race for him,” Bowman said.

“It was unfortunate and we were all bitterly disappointed but that’s racing sometimes.

“I’m going into this race supremely confident. I was just over the moon with how the horse ran in the TJ. It hasn’t been talked about much because he was back in the field but he gave me an exceptional turn of foot.”

Bivouac is one of five three-year-olds contesting Saturday’s edition of the feature Randwick sprint and easily the most prominent in early markets at $5, behind only Pierata and equal with Santa Ana Lane.

As bullish as Bowman is, Pierata’s trainer Greg Hickman is likewise confident his horse can become the first since Sunline (2000, 2002) to win the All Aged twice.

In what seems certain to be Pierata’s final start ahead of his new career at Aquis Stud, Hickman says the horse is a more complete package to last year.

“It is probably the best I have had him,” Hickman said.

“We’ve got a bigger, stronger article than what we had 12 months ago.”

And the trainer thinks Pierata needs to be.

At Group One level, the difference between winning and losing can be fine and a combination of the right horse on the right day getting the right luck.

“You can’t go out and win every time. As you go up in grade barriers are a big thing, competition becomes stronger, tracks become different on wet weather days, you’ve got other things in play,” Hickman said.

“They’re all just as good as each other. It’s all about no mistakes.”

Tommy Berry has the task of getting it right on Pierata, who has drawn barrier nine for the All Aged, the same gate he won from last year.