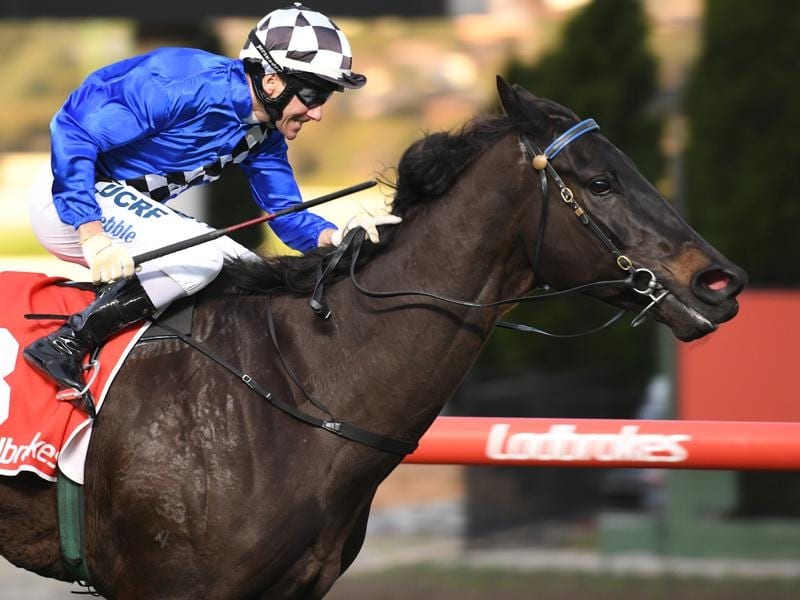 Kentucky Breeze will be vying for a spot in the Caulfield Cup via the Turnbull Stakes at Flemington.

Trainer Levi Kavanagh is banking on fitness and Kentucky Breeze’s ability to run a strong 2000 metres earning the gelding a start in the Caulfield Cup.

Kentucky Breeze runs in Saturday’s Group One Turnbull Stakes at Flemington with the winner gaining a ballot exemption to the Caulfield Cup.

The gelding has 50kg in the Caulfield Cup on October 19 but is yet to pass the first elimination clause and needs to win on Saturday to book a place.

After successive wins at The Valley over 2040m, Kentucky Breeze finished fourth behind Captain Cook in the JRA Cup at that track last Friday night.

“The plan a long way out was to nominate for the Caulfield Cup and if we were to get into the race then this would be his ticket,” Kavanagh said.

“I thought the JRA Cup would be a nice lead-in race and I had intended backing him up if everything was OK and he’s come through really well.

“There’s a few of the stronger horses in there but he’s been running his best races at 2000 metres this preparation and while he’s in form, it is worthwhile having a go.”

Kentucky Breeze was sent out favourite under Jamie Kah, who rides again on Saturday, in the JRA Cup but the lack of pace counted against him.

The inside draw was also of no benefit.

“He’s a horse that doesn’t like the rail so Jamie’s objective was to get off the fence,” Kavanagh said.

“Unfortunately for her to get off the fence she had to go back further than we wanted to be and then she gave the leaders too much of a start.

“His sectionals were great and if we had been able to sit up where we wanted to be, maybe the result would have been different.”

Kavanagh’s father Mark won the Turnbull in 2007 with Devil Moon and again with December Draw in 2011.