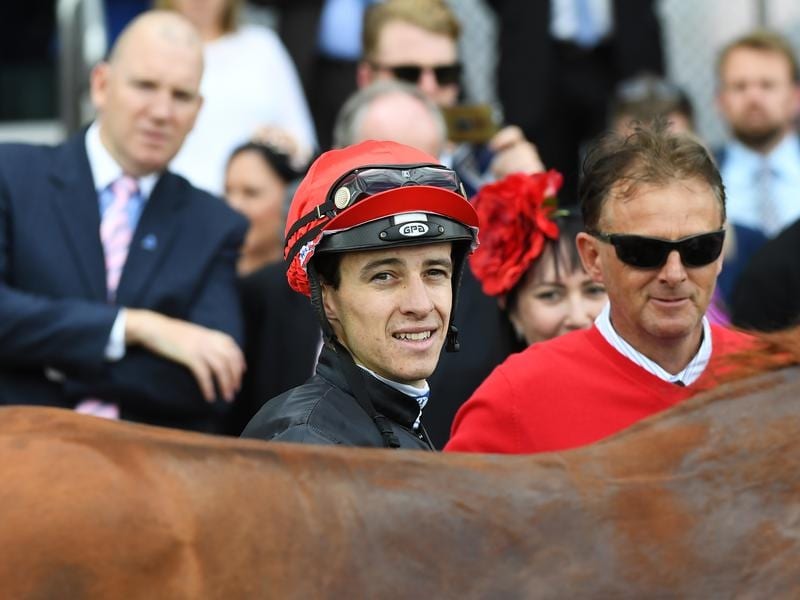 Jockey Jordan Childs (c) has suffered back spasms after an an awkward dismount at Bendigo.

Jockey Jordan Childs hopes to ride at the Andrew Ramsden Stakes meeting at Flemington after being discharged from hospital.

Childs had an MRI scan at Melbourne’s Epworth Hospital after suffering a post-race back injury at Bendigo on Sunday when he dismounted awkwardly.

After being discharged from Bendigo Hospital, Childs was still in pain and headed to the Epworth Hospital where he was kept overnight.

Childs had an MRI on Monday morning with results confirming no serious damage.

Childs sits fourth on the Victorian Jockeys’ Premiership table with 79 winners while his 25 winners in the metropolitan area has him in ninth position.