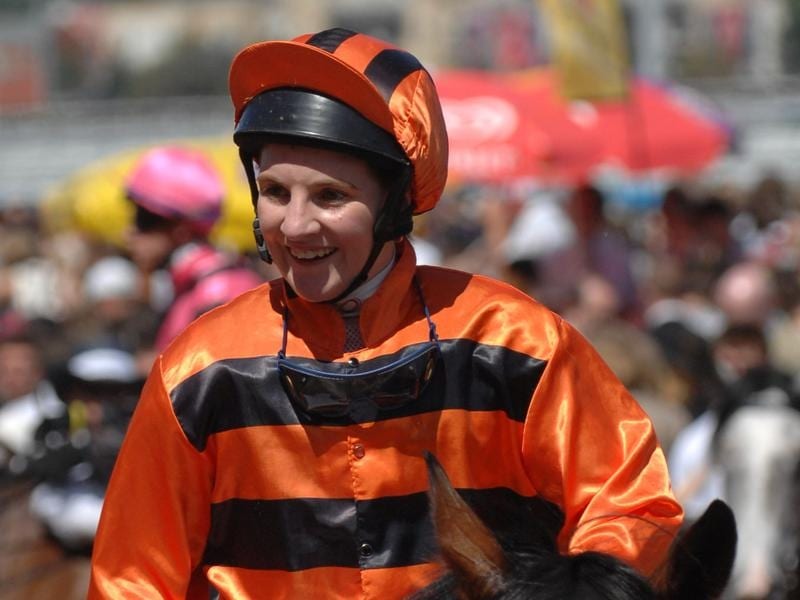 Nikita Beriman, the first woman to ride a G1 winner in Victoria, has announced her retirement.

Ground-breaking jockey Nikita Beriman has announced her retirement because of persistent hip problems.

Beriman became the first woman to ride a Group One winner in Victoria when Tears I Cry claimed the 2007 Emirates Stakes,.

His win was also a first at the highest level for then-fledgling trainer Ciaron Maher.

Beriman, 33, confirmed her retirement at a National Jockeys Trust function at the Flemington race meeting on Saturday.

“To start having surgery now on my hips would only ensure that I required more further down the line and I would really like to be able to have a pain-free life and that wasn’t an option if I was to continue to ride,” Beriman said.

“I feel fantastic about it, really I do.

“I’ve sort of said it to myself recently but I’ve had a fantastic career, hit all the goals and ambitions I had set myself so I retire having achieved everything I wanted and more.”

Beriman’s last rides were at Caulfield on July 27 and her last winner was at Echuca on the John Moloney-trained Ordell two days earlier.