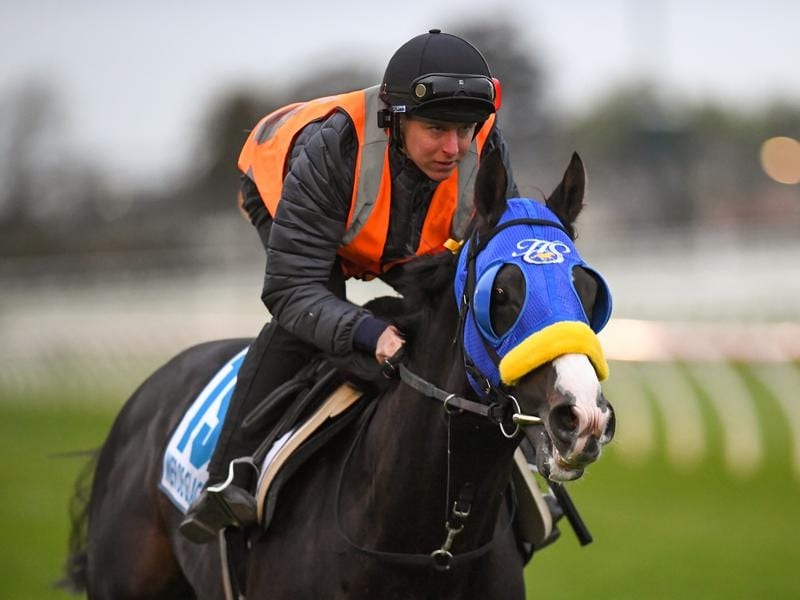 Damian Lane has been reunited with Japanese horse Mer De Glace ahead of the Caulfield cup.

A few months after his successful riding stint in Japan, Australian jockey Damian Lane could reap even more rewards from that trip in a couple of Melbourne’s major spring races.

Lane has the ride on Japanese horse Mer De Glace in Saturday’s $5 million Caulfield Cup and star mare Lys Gracieux in the Cox Plate at The Valley a week later.

The jockey won on both horses during his two-month stint in Japan where he was a regular in the winner’s circle, and flagged the idea Mer De Glace could come to Australia for the Caulfield Cup.

“I couldn’t have asked for a better time there,” Lane said.

“I was well looked after and had great success obviously.

“And for a couple of them to be able to travel to Australia, and horses I’ve already had a connection with, is a great result.”

Winner of seven of his 17 starts including his past five, Mer De Glace was taken to Caulfield on Tuesday morning to get familiarised with the track and also the racecourse surrounds.

Lane rode the horse in Tuesday’s 800m gallop, the first time he had been aboard since he won two Group Three races on him in Japan in late April and early June, while trainer Hisashi Shimizu was also there to oversee the work.

At his most recent start, Mer De Glace won a Group Three over 2000m on August 4 in Japan.

“He wasn’t out there to do a lot. The team had him fit before he left Japan, so he was just out there for a look.

“He did have a good look around, which was good. He seemed to take it all in his stride.

“It’s good to have him out here. He obviously profiles really well. He’s an up-and-coming horse and I’d only ridden him race day in Japan so this was my first time being on his back in track work.

“I’d say if he brings his best he’s going to be really competitive.”

After winning on Mer De Glace over 2000m on April 29, Lane was again successful on the horse on June 1 over the same distance in another Group Three race.

“That was when I mentioned that the Caulfield Cup might be a good aim for him,” Lane said.

“And it’s good that it’s all come together and he’s here.”

Lane will ride Lys Gracieux in a gallop at The Valley on Wednesday morning in preparation for Saturday week’s Cox Plate (2040m).

Lys Gracieux is one of three international invitees for the Cox Plate and Lane won the Group One Takarazuka Kinen on the mare in June.

“She’s certainly as good, if not one of the best horses I’ve ridden,” he said.

“So I’m looking forward to getting back on her.”