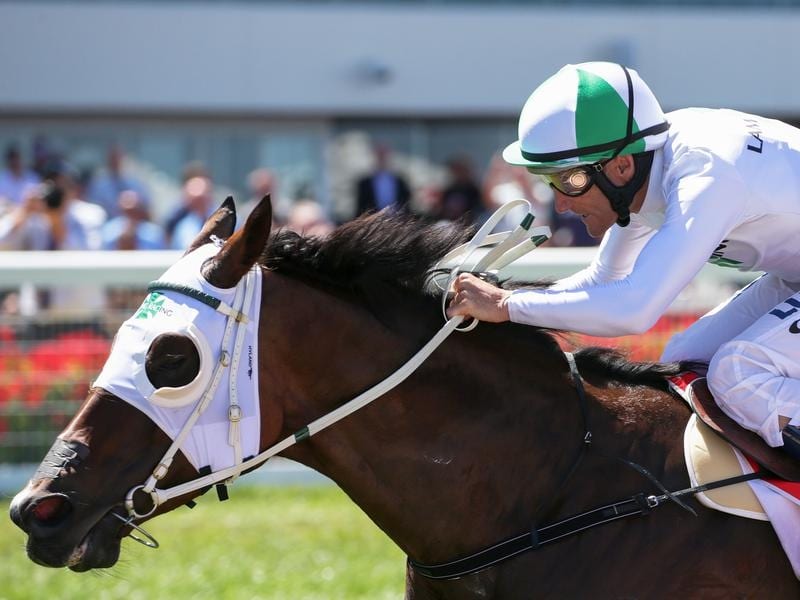 Jamaican Rain will take her place in the G1 Goodwood in Adelaide after recovering from a setback.

Trainer Richard Laming’s fears Jamaican Rain’s campaign was over have been allayed by the mare’s sparkling track gallop at Cranbourne.

She was a late scratching from the Group One Sangster Stakes at Morphettville on May 4 after she fell over in the walker on race morning.

After the gallop at Cranbourne on Monday showed she was over the setback, Laming was happy to pay a late nomination to take her back to Adelaide for Saturday’s Group One Goodwood (1200m) at Morphettville.

“She fell over in the walker before she went over to the races,” Laming said.

“When she got to the track I wasn’t 100 per cent happy with her and they made the right decision to scratch her.

Jamaican Rain returned home and after a few quiet days the mare was given a thorough going over and given the all-clear.

“We got her home, had a couple of easy days on the walker, put her under saddle and we couldn’t find anything wrong with her,” Laming said.

“Looking at the nominations I didn’t think it was overly strong either, although Group Ones are always hard to win.

“Her work on Monday was second to none, so hence why we paid up.”

Jamaican Rain has won seven of her 14 starts and was a first-up winner of the Mannerism Stakes (1400m) at Caulfield in February.

She travelled to Sydney where she finished midfield in the Coolmore Classic at Rosehill the following month before being freshened.

“She didn’t run to her best in Sydney, it was a forget run, but she won very well at Caulfield before that,” Laming said.

“She hasn’t done a lot, only the one gallop, and she’s been across and back from Adelaide without racing.

“She’s fit and well but will need a little luck from the sticky draw (11).”