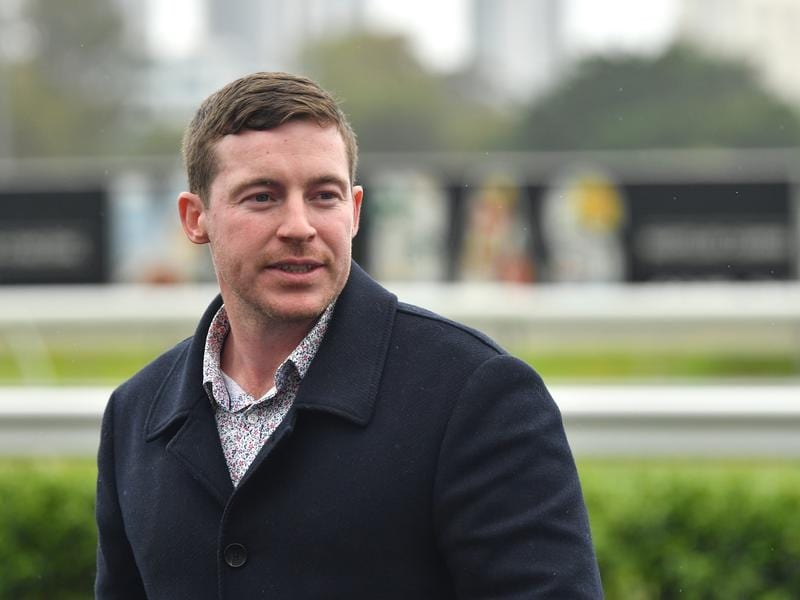 Qld stewards will try to expedite the hearing of charges against Toowoomba trainer Ben Currie.

Queensland stewards hope to finalise inquiries into the remaining charges against Toowoomba trainer Ben Currie in the near future with plans to expedite hearings.

Currie failed in a Supreme Court bid on Thursday to have a Racing Queensland decision to refuse his nominations suspended.

Justice Jean Dalton made a preliminary finding that she could not cut across the rules of Australian Racing by granting an interlocutory injunction in the terms Currie sought.

Currie was listed to seek a stay on Friday of a separate four-year disqualification pending an internal review of his convictions on two charges involving text messages which allegedly indicated the use of jiggers.

The stay application in the Queensland Civil and Administrative Tribunal did not go ahead in light of the Supreme Court decision.

Currie’s lawyers in effect decided that even if successful in the stay application, Currie would not be able to run horses while the RQ decision was in place.

He will carry on with his internal review application which should be heard by early next month.

Currie still has 38 allegations against him ranging from race day treatment to positive swabs and none of those have been resolved.

There is a complication with 28 of those charges which arise from a raid on his stables in April last year.

Of those charges, 14 have been heard without resolution and the other 14 are in abeyance because of the illness of a steward.

Meanwhile, Barnett confirmed an inquiry into an incident at Rockhampton on March 28 when a horse scheduled to run in race seven, ran in race six instead, had concluded.

“As a result of the inquiry QRIC chief steward Peter Chadwick has acknowledged that an unacceptable procedural error occurred that contributed to the running of the wrong horse in a race at Rockhampton,” Barnett said.

He said Chadwick had given a direction to all stewards outlining the procedures to be followed in relation to the identification of race horses on race day.