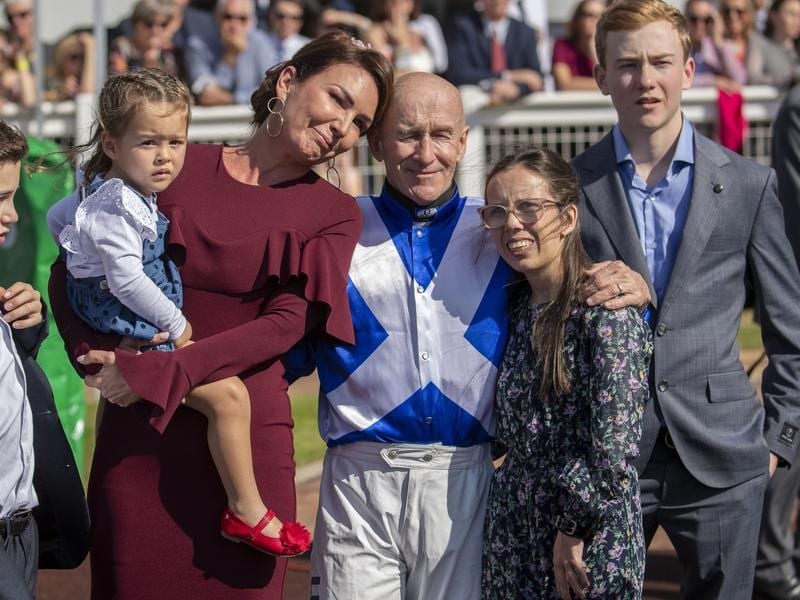 Recently retired champion jockey Jeff Lloyd will be among the family members trackside at Wangaratta in country Victoria to support his son Jaden when the apprentice begins his own riding career.

Jaden Lloyd will have his first race ride on Saturday with the 17-year-old booked for three-year-old filly Fortyfivedegrees in an 1170m-maiden for Lindsay Park co-trainers David and Ben Hayes and Tom Dabernig.

“David and the team at Lindsay Park where I’m apprenticed, singled out this horse that they wanted me to ride,” Jaden told Racing Victoria.

“She ran pretty well in her first start, so she’s got a chance on Saturday and with a bit of luck you never know what can happen.”

Lloyd is in his first year of RV’s apprentice jockey training program.

Jeff Lloyd, whose career began in South Africa, retired last month having notched over 5000 wins during a highly successful career in a number of countries, most recently dominating in Brisbane.

“Dad’s a great mentor. He watches all my trials to see areas I can improve on and things I’m doing well. He’s been a great support,” Jaden said.

“I actually thought growing up that I was going to get too big, so at the time I wanted to become a trainer. But when I hit about 15, I wasn’t that big, so I thought I’d give this jockey thing a go.”

“He must listen and try to ride to instructions. The main aim is to try and ride the horse how the trainers would like him to,” Lloyd said.

“He’s riding a horse that’s inexperienced, only having one start, so it’s not a straightforward first ride but I just hope that he enjoys it.

“It’s a big occasion and we will all be there to support him.”