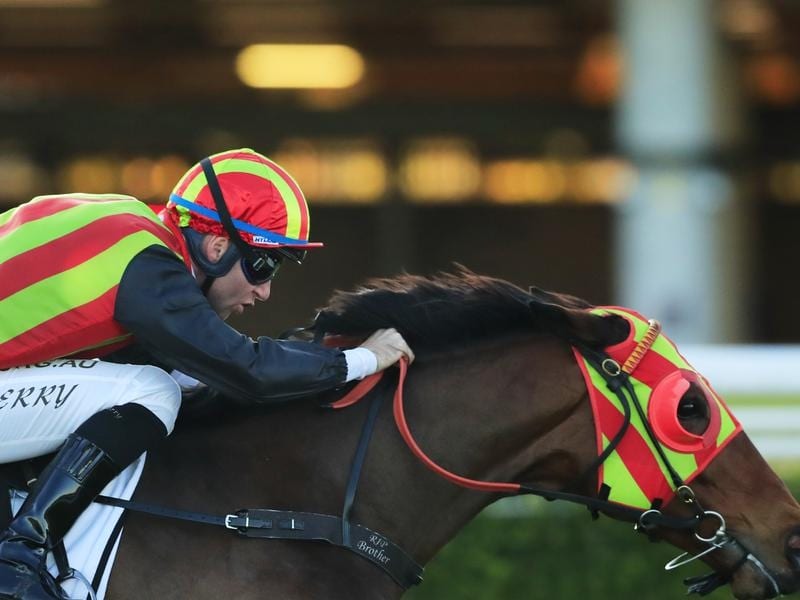 Agassi will wind up a marathon campaign chasing a hat-trick of winter victories at Randwick.

He is not the most gifted horse Anthony Cummings has trained but Agassi is making a case to be crowned as the toughest.

The gelding will head to Randwick on Saturday for the 13th and final start of a racing campaign that began with a midweek placing on January 31.

He has raced at least once a month since, finishing in the top five eight times and recording wins at his past two starts.

The horse had a similar pattern at his only other preparation, kicking off his career in December 2018 and racing every month until June.

Cummings said a horse as resilient as Agassi was a rare find.

“They are few and far between but when you find one you take advantage of it,” Cummings said.

“He’s a hardy soul and you would think in the midst of that he doesn’t do much work but if I don’t work him he puts on too much weight.

“A quiet week for him and he puts on six kilos.

“He’s got a good constitution and he’s enjoying his work and his racing.”

Following back-to-back mile wins at Randwick, Agassi will face a distance test in the Quincy Seltzer Handicap (1800m) on the inner Kensington circuit.

Cummings is keen to see how the four-year-old handles a longer journey with a view to next year’s lucrative Magic Millions race day at the Gold Coast.

That carnival will be his goal but Cummings is yet to settle on a target race.

“I was pretty keen to try him at 1800 to establish what his absolute distance range might be because it then changes where we aim him next prep,” Cummings said.

“I’ve always thought he would (run it). Tommy (Berry) wasn’t certain so one of us will be more right than the other.”

Agassi’s rivals include Frankely Awesome, who sprung back to form with a last-start McKell Cup win, and seasoned campaigner Milk Man who returns to Sydney following a Brisbane victory.

Cummings also anticipates competitive performances from stablemates Satin Ruby and Phoenix River, while he regards debutant Tailoring as “a nice horse in the making” but expects him to improve with racing.