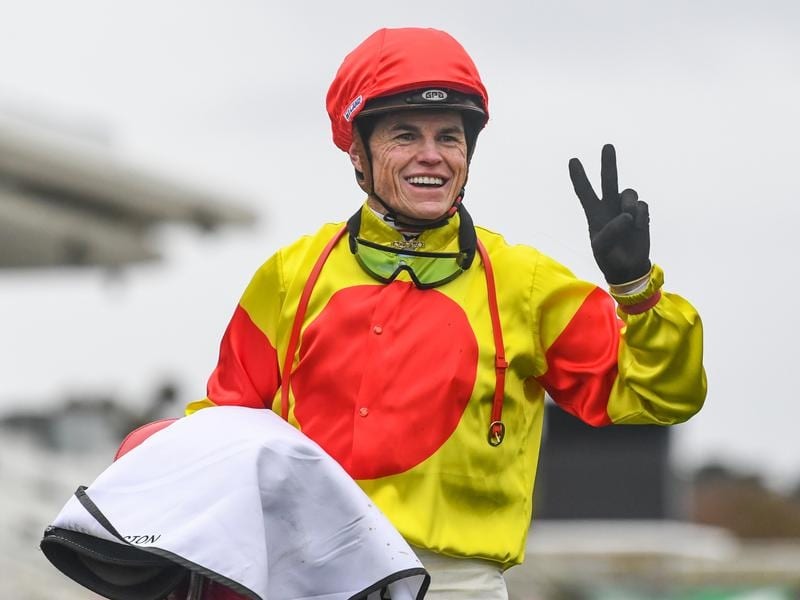 After a last-to-first victory at his most recent start in South Australia, three-year-old Calypso Reign is set to race in Melbourne for the first time at Flemington.

Calypso Reign is in Saturday’s The Melbourne Town Plate and trainer David Jolly is keen to see how the grey gelding performs over the straight 1200m course because he believes it should suit him.

A winner of two of his nine starts in South Australia, Calypso Reign came from last to run over the top of his rivals at his most recent start over 1200m at Murray Bridge against his own age earlier this month.

“He was quite impressive on the day and he’s racing very well at the moment,” Jolly said.

“His start before was quite a good run too.

“He has never raced up the straight before but he has probably done his best work off a slower tempo over 1200 metres where he’s had clear running at Murray Bridge with that long straight.

“He seems to be able to sustain quite a long run. He builds momentum and keeps on. We just thought if he got a bit of clear running up the straight there at Flemington and was able to wind up, it may suit him.

Jolly believes it is an opportune time in the final weeks of the season to test the waters with three-year-old Calypso Reign while he can still compete against his own age group.

“He’s racing well, he’s fairly consistent and we just thought it was a race he might measure up in,” the trainer said.

“This winter grade is probably a good grade for him in that three-year-old class.”

Calypso Reign was tried in a couple of stakes races during the Adelaide carnival, finishing unplaced in the Listed Redelva Stakes and Group Two Euclase Stakes.

The Mick Price and Michael Kent Jr-trained Proper Rogue was favourite for Saturday’s race at $3.10 on Friday, with Calypso Reign at $6.50.

Craig Williams takes the ride on Calypso Reign, with Jolly happy to have Melbourne’s premier jockey aboard.

“If Craig puts his hand up at this time of year and is happy to ride him, you probably know you’re a chance given the circumstances with the premiership,” he said.

Williams looks poised to claim his ninth Melbourne jockeys’ premiership because he holds a 10-win lead over nearest rival Damien Oliver in this season’s standings with only three metropolitan meetings remaining.