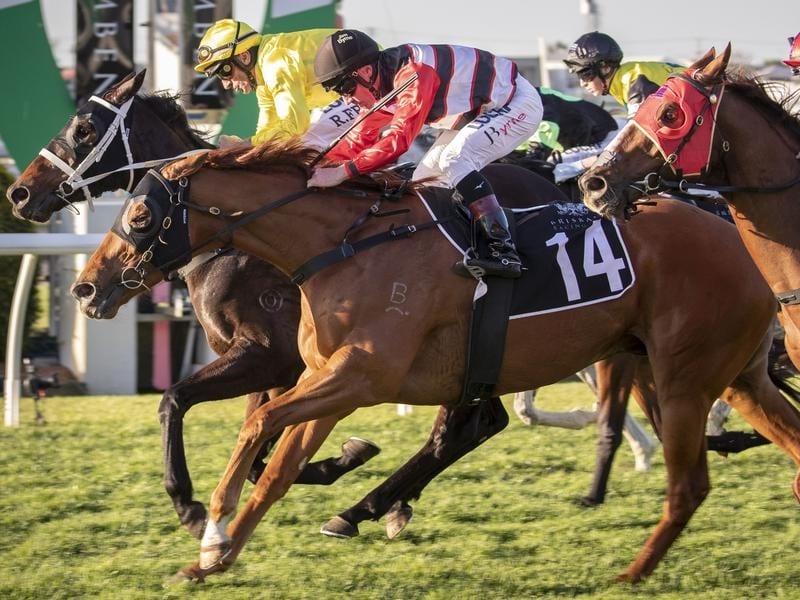 Impeccably bred Impasse (yellow) gets his chance to win in open comapny at Eagle Farm.

Consistent gelding Impasse has attracted attention during his career because of his breeding but gets a chance to boost his name in his own right at Eagle Farm.

The Chris Waller-trained Impasse is by the Golden Slipper winner Sepoy but it is his dam Amelia’s Dream who continues to attract attention.

It is rare for a mare who did not win a Group One race to have her breeding career followed as closely as Amelia’s Dream.

She was the short-priced for the 2008 Golden Slipper but was injured and never raced again.

At stud her foals have been keenly sought after bringing up to $900,000.

Her son Better Land started second favourite in the Group One Golden Rose but ran last before ending his days in Queensland where he won a Class Three handicap.

None of her offspring have to date won in open company.

Impasse, who cost $220,000 as a yearling, can confirm his rating as Amelia’s Dream’s best son by winning Saturday’s Clear Insurance Open Handicap (1600m) at Eagle Farm.

He has won five races and has been consistent since coming to Waller’s Gold Coast stable last year.

“He has come back well from a break and won a trial before his first-up second when everyone thought he had won except the judge,” he said.

“It is a tough race on Saturday but he will try hard.”

Impasse has won five of his 19 starts and been placed six times and is the $6 second favourite behind Magnufighter at $5.