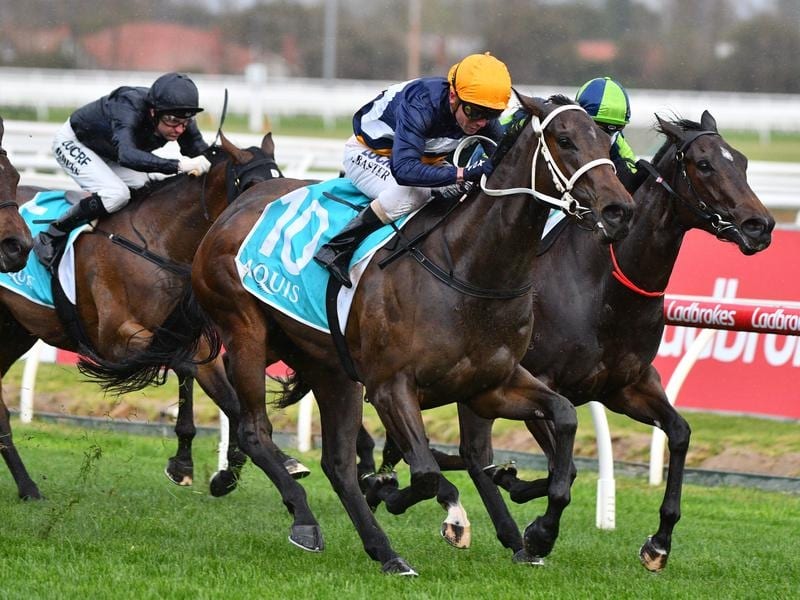 I am Eloquent has earned a Thousand Guineas start after a breaking through at stakes level.

I Am Eloquent is likely to head straight to the Group One Thousand Guineas after taking a leap in grade to win at Caulfield.

Success in Saturday’s Listed Jim Moloney Stakes (1400m) at Caulfield came after the filly had won a restricted race at Geelong at her previous start.

But Natalie Young, who trains the filly in partnership with Trent Busuttin, said the filly deserved her chance in the Thousand Guineas at Caulfield on October 12, although she holds a nomination for the Group One Flight Stakes at Randwick a week earlier.

Ridden by Stephen Baster, I Am Eloquent ($31) got the better of Excused ($9) to score by a half-length with Deserved ($14) a head away third.

Young said the stable had discovered the secret to I Am Eloquent by spacing her runs.

“We always thought she’d be that Thousand Guineas type of girl and winning today like that shows we might be on the right track.”

Young does not expect the extra 200m of the Thousand Guineas to pose a problem for I Am Eloquent.

“She let down really nicely today and I think she’ll get the mile,” Young said.

“Kept nice and fresh she’s got the turn of foot and if we keep that sprint in her legs, I reckon she’ll get it.”