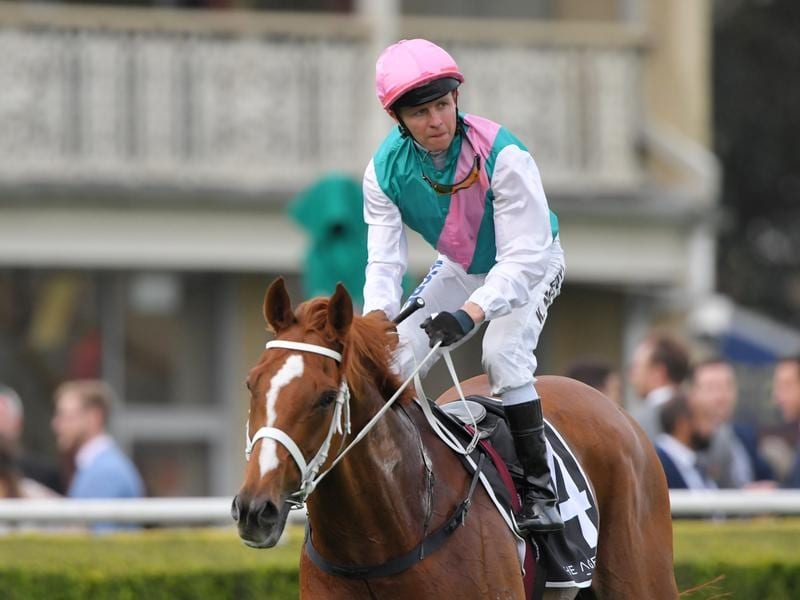 Finche is on target for another Melbourne Cup start after winning the Kingston Town Stakes.

A horse racing in the colours made famous by Frankel and Enable is now the equal Melbourne Cup favourite following his Group Three win at Randwick.

The Chris Waller-trained former French stayer Finche won Saturday’s Kingston Town Stakes (2000m) by a long neck from Stampede who led for most of the race.

Finche was immediately promoted to $15 alongside Constantinople and 2018 Cup winner Cross Counter to improve on his fourth last year.

He is raced by Prince Khalid Abdullah along with a group of prominent Australian owners including Neil Werrett, Peter Tighe and Frank and Christine Cook.

“It’s great to be training for Prince Khalid along with the team that have bought into him in Australia.”

“It’s great to see the colours of Frankel and Enable win at Royal Randwick.

“The Melbourne Cup is a little closer after today. We’ll have to go home and map out a suitable plan. He’s a very talented horse. We look forward to getting him there.”

“It’s great to have these famous colours here and winning races in Australia,” he said.

“He’s a lovely big horse. He put up a great performance in the Melbourne Cup last year and it was a good first run back.

“Today, second-up, he was able to get a nice trail and get out when we wanted to. Chris said just build him up and give him a nice last 600 metres which we were able to do and it feels like he will stay all day.

“He’s got a big action, that’s for sure, like a big giraffe but he doesn’t gallop like one.”