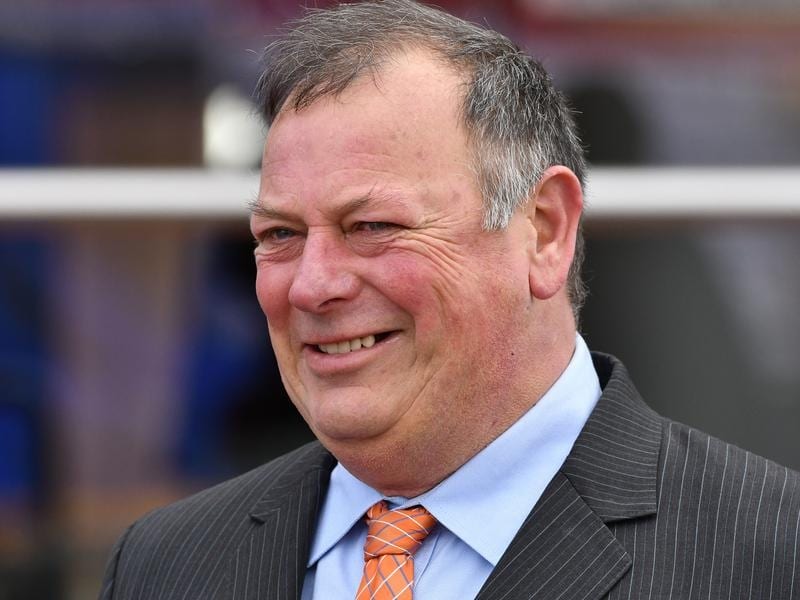 Big race hopes for Hawker Hurricane fell flat earlier this year but his trainer Mike Moroney is hopeful of better results this spring with the three-year-old who has been gelded.

Hawker Hurricane races for the first time since being gelded when he resumes in Saturday’s Listed McKenzie Stakes (1200m) at The Valley.

He pressed his claims for Melbourne’s premier juvenile race with a pleasing third in one of the Blue Diamond Preludes in February but then he failed to fire in both the Group One Blue Diamond and Group Two VRC Sires’ Produce Stakes.

“He seems good and he’s doing things right, because at the end of last preparation he was just doing it all wrong in his races,” Moroney said.

“We couldn’t work out why because he was such a lovely horse to handle on the ground and all that.

“He was just wanting to lay in and racing field shy, and getting it all wrong after being professional early days.

“He has been gelded. His problem was never his attitude or his nature, it was just that he was going to get very heavy.

“He was getting pretty heavy in the wrong places, in front through the neck and over his shoulders, so I was a bit worried about his front legs if we kept him a colt.

“And really you’ve just about got to win a Group One as a colt at two to say they are worth the big money.”

Moroney hopes Hawker Hurricane can prove himself as a Caulfield Guineas contender this spring.

“He holds a Caulfield Guineas nomination and I always thought a mile would be about his right trip eventually,” the trainer said.

“Whether he’s good enough, we’ll find out on the way through.

“I think he’s forward enough for Saturday. His two jump-outs have been very good and he’s done enough work to say he’s a chance.”

Hawker Hurricane was on the second line of early betting at $5.50 on Wednesday in the field of 11, with Hightail the $3.40 favourite.