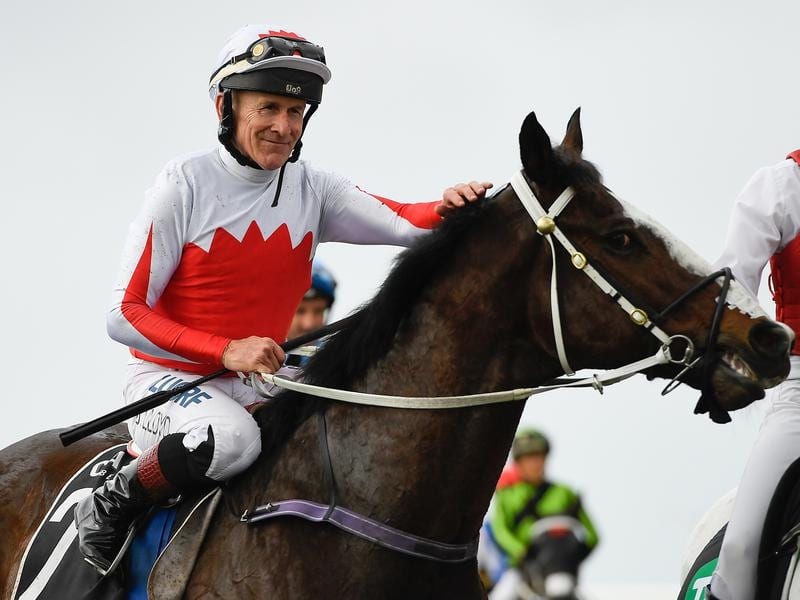 Handsome Thief came from well back in the field to beat stablemate Divine Dice into second place.

Co-trainer John Meagher has been quick to thank owner Paul Fudge with former stakes-winning gelding Handsome Thief returning to form with a barn-storming victory at Doomben.

Realing ($10) was a short head back in fourth place in a blanket finish.

Australian Hall of Fame trainer Meagher is back in partnership with son Chris and they have stables in Brisbane and Victoria.

Fudge, who heads the big Waratah Thoroughbreds syndicate, has been a strong supporter of their collaboration.

“I really want to thank Paul for sticking with us and sending horses like Handsome Thief to us. The horse has had a few problems and but he is capable of winning more races now,” Meagher said.

Handsome Thief won the 2018 Wangoom Stakes at Warrnambool when trained by Darren Weir and had a stint in Sydney with John Thompson before being sent to the Meaghers in Brisbane.

Meagher said Handsome Thief would now push on to 1400m and possibly 1600 races.

“We are just so happy for Paul and the team to see him back near his best,” he said.

Winning jockey Jeff Lloyd said Handsome Thief liked to get stirred up behind the barriers but had a done a great job to come from so far back.

“I would have hated to be the race caller because the race changed complexion so quickly. But Handsome Thief was in the right race today with a small field and plenty of pace,” Lloyd said.

Tegan Harrison said she thought she had the race won in the final 100m.

“Gee, that changed quickly I really thought I was home,” she said.

Glen Boss believes Whypeeo was strong enough in the lead but tired late.

Ron Stewart, who rode Realing, said the gelding might be on his way back to his best when he raced in stakes races.

“Get him out to 1400m and on a wet track he should race really well again,” he said.