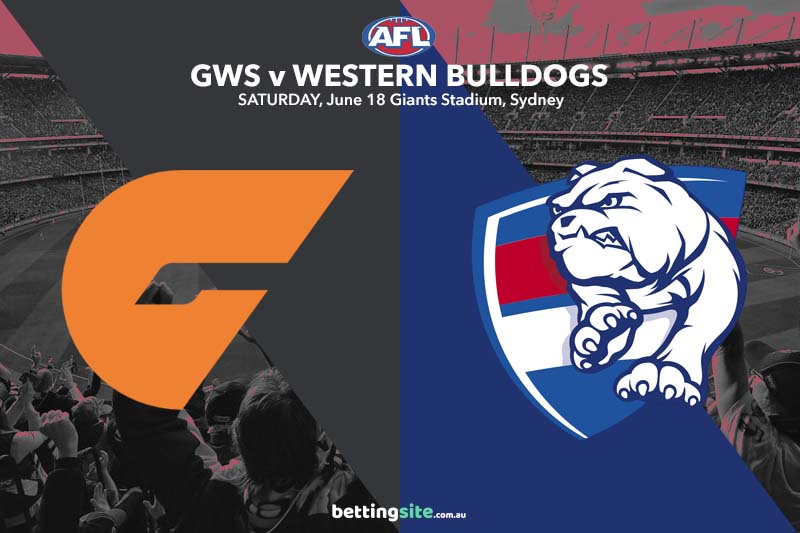 The Western Bulldogs will head to Sydney this Saturday for what is shaping up to be one of the biggest matches of round 14, as they take on GWS at Giants Stadium.

This match comes at an interesting time for the Bulldogs, as they have been making headlines lately due to Bailey Smith’s recent drugs scandal.

If any club could handle one of their best midfielders missing a large chunk of footy, it would be the Dogs, as they have a number of elite midfielders able to fill the void left behind by Smith.

Not only do the GWS Giants have the firepower to match the Dogs in the midfield, they have been on fire lately at the bookends and could do some damage this week.

Harry Himmelberg has made a positional change from the forward-half to defence, which worked incredibly well last weekend as he racked up 37 disposals and took 16 marks.

Luke Beveridge will not sit back and allow Himmelberg to have such an impact again, so you can expect the Bulldogs to put plenty of time into the Giants’ newest swingman.

The Giants will have some pep in their step coming off a big win over the Kangaroos in round 13, but will that be enough to knock off the well-rested Bulldogs fresh off a bye?

Two of the best runners in the AFL will face off this Saturday when Josh Kelly matches up with Adam Treloar. Treloar and Kelly were once teammates before the former moved to the Magpies and eventually to the Bulldogs, and we know Treloar loves to play well against his old teams.
Adam Treloar was easily the best player afield when the Bulldogs faced the Magpies back in round nine, as he tore them apart with 35 touches and three goals. Josh Kelly will be fired up after he copped a heavy tag last week, but will he be good enough to stop the rampaging Treloar?

It can be hard to assess the form of a side following a big win over the Kangaroos, but we think the Giants are going to be a tough team to beat for the rest of 2022. Tim Taranto will make his return and add another dimension to the red-hot midfield, while top-end draft pick Tanner Bruhn is playing some inspiring football. Toby Greene also loves facing the Bulldogs and should put on a show.

One of the biggest surprise packages in recent weeks has been the growth of James Peatling, who has been outstanding since Mark McVeigh took over as head coach. Peatling has kicked nine goals in the last three weeks and does not look like slowing down. He ended with 3.2 last weekend and could have easily put four or five on the board. Peatling is an underrated bet at the moment and should heavily be considering against the Bulldogs.

We think Adam Treloar is going to star against his old teammates, but it will not be enough to beat the Giants on the road. James Peatling will continue his scintillated goalkicking form and put through another pair. Many of the top betting apps allow you to place same-game multis on the AFL.