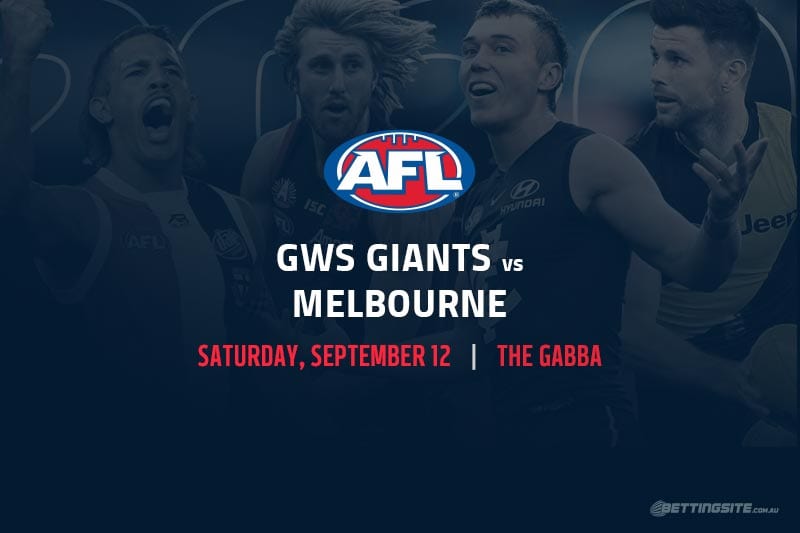 GWS Giants head coach Leon Cameron dubbed this clash with the Demons his first elimination final of 2020, as the loser of this game will almost certainly miss the top eight.

Sitting eighth on the ladder with the Western Bulldogs gaining momentum below them, the Giants are in a tight position following their round 16 loss to the Adelaide Crows.

The Melbourne Demons have put themselves in an even worse spot after losing back-to-back games to the Sydney Swans and Fremantle Dockers, falling a win outside the eight with two rounds remaining.

There’s no positivity coming from Demons’ injury list, as a group of players including Angus Brayshaw and Nathan Jones will likely sit out until round 18 or beyond.

The GWS midfield was beaten up by the Crouch brothers and Rory Laird last time out. Toby Greene’s ability to clear the ball from congestion wasn’t utilised, but we think he must move into the midfield this week. He still had 15 touches playing primary as a marking target, but he can easily pass 20 if he gets the chance through the middle.

The Giants’ three-pronged forward line could cause the Melbourne defence a few headaches. Jeremy Cameron will lure Steven May away from the contest while Jeremy Finlayson keeps Jake Lever at bay, allowing Jake Riccardi to stand up in his fifth game. Riccardi has kicked eight goals in his first four matches.

If losing to the Crows doesn’t spark GWS into action, nothing will. The midfield combination of Kelly, Stephen Coniglio and Tim Taranto will counter Clayton Oliver, Jack Viney and Christian Petracca, making it hard for Melbourne to get any clean ball going forward. If the Giants can repeatedly launch inside 50, their tall timber will see enough opportunities to get the job done.