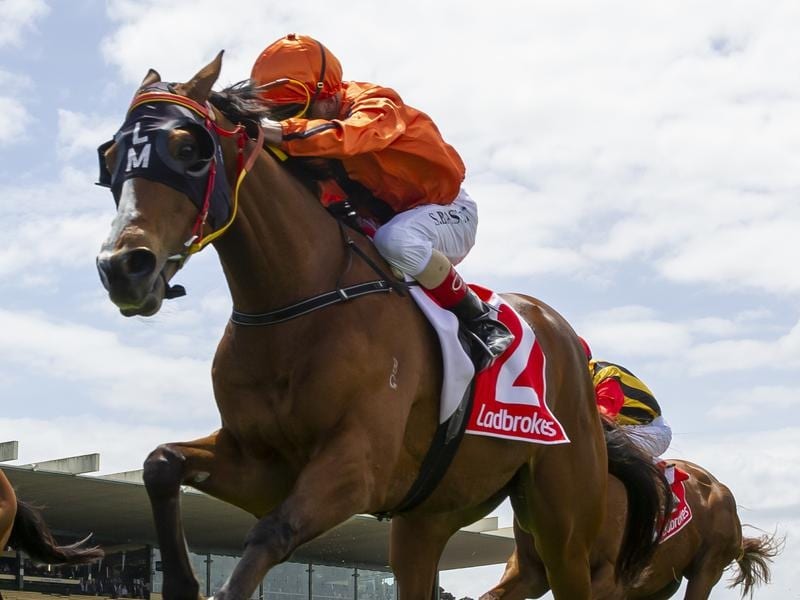 All-Star Mile reject Gold Fields will continue his campaign in the Golden Mile at Bendigo.

Missing a start in the All-Star Mile with Gold Fields forced his trainer Logan McGill to search for alternatives.

While Gold Fields did run in a support race on All-Star Mile day at Caulfield on March 14, McGill was already planning an assault on another rich Victorian race, the VOBIS Gold Mile at Caulfield next month.

But first Gold Fields heads to Bendigo on Saturday to run in the Golden Mile (1600m).

McGill says he has noticed improvement in Gold Fields since the gelding finished fifth in the Anniversary Vase (1600m) at Caulfield on March 14.

“He came through his run in the Anniversary really well after he didn’t have a great deal of luck,” McGill said.

“We’ve been a little bit stiff with the barrier draw being out in 14 on Saturday, but I don’t think it will affect him too much.

“He’s drawn wide in previous races where he’s been able to blend across without having to fire him up.

“That allows him to find the lead and Bendigo has a nice straight run to the 800-metre turn.

“So barrier 14 might sound daunting, but I’m not that concerned.”

Gold Fields provided former jockey Stephen Baster with a fairytale last ride victory when successful at Sandown in November before the gelding headed to Sydney for a tilt at the Villiers Stakes.

After finishing midfield, Gold Fields stepped up to 1700m at Caulfield later in December before having a two week break to prepare for the All-Star Mile.

Gold Fields did not attract enough votes to get into the All-Star Mile, so McGill set about revised plans, planning a three run campaign into next month’s Caulfield assignment.

“He hasn’t had a lot of luck at his last three runs, but hopefully we can rectify that on Saturday,” McGill said.

“We gave him a fortnight off after the Lord Stakes and the plan was to build him up to hopefully get a run in the All-Star Mile, but that didn’t eventuate.

“While he was pretty wound up for the Anniversary Vase, I definitely think he’s taken another step forward in his fitness leading into Bendigo which will lead into the VOBIS Gold Mile at Caulfield.”