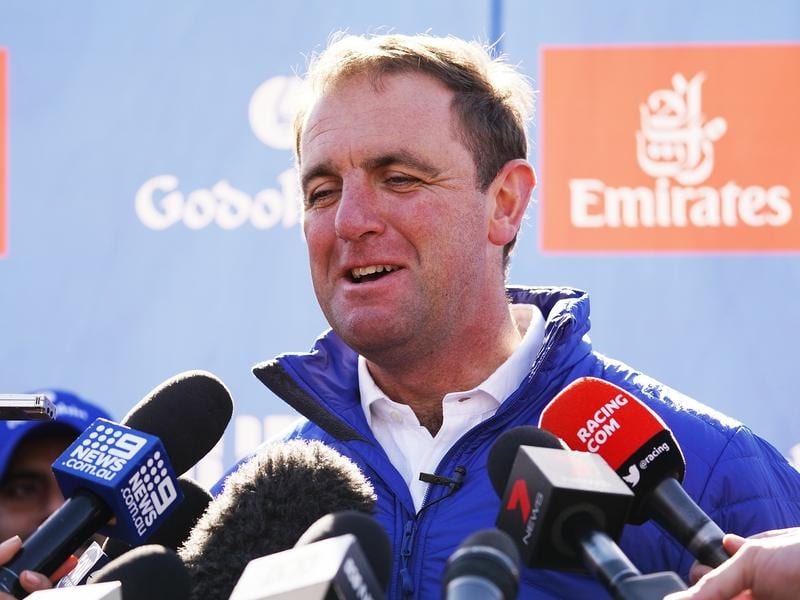 Charlie Appleby is celebrating a French Group One success with Godolphin colt Pinatubo.

Godolphin colt Pinatubo got back on the winning trail with a stylish victory in the Group One Prix Jean Prat at Deauville.

Charlie Appleby’s stable star was crowned last season’s champion two-year-old after an unbeaten six-race campaign – and was unsurprisingly all the rage for last month’s 2000 Guineas.

However, the Shamardal colt could finish only third in the Rowley Mile Classic and suffered another defeat at Royal Ascot – filling the runner-up spot behind Palace Pier in the St James’s Palace Stakes.

Dropped to seven furlongs for what appeared a gilt-edged opportunity to add a Group One as a three-year-old to his CV, Pinatubo was the 1-2 favourite in the hands of William Buick.

But odds-on backers were made to sweat before eventually collecting their winnings.

While always travelling strongly, Pinatubo found himself stuck in a pocket for the first half of the race as he tracked fellow British raider Molatham.

However, once the gap came, the colt quickly moved through the gears to grab the lead and ultimately won with something to spare.

The Aidan O’Brien-trained Lope Y Fernandez was a clear second, three-quarters of a length back, with Marco Botti’s Malotru edging Wooded for third.

“It sounds strange, but I felt he lost nothing in defeat in the Guineas or at Ascot,” Appleby, who trains the 2018 Melbourne Cup winner Cross Counter, said.

“He went out with his heart on his sleeve and just got outgunned in the last 50 yards of both races.

“The horse deserved that today, and I’m thrilled for him.”