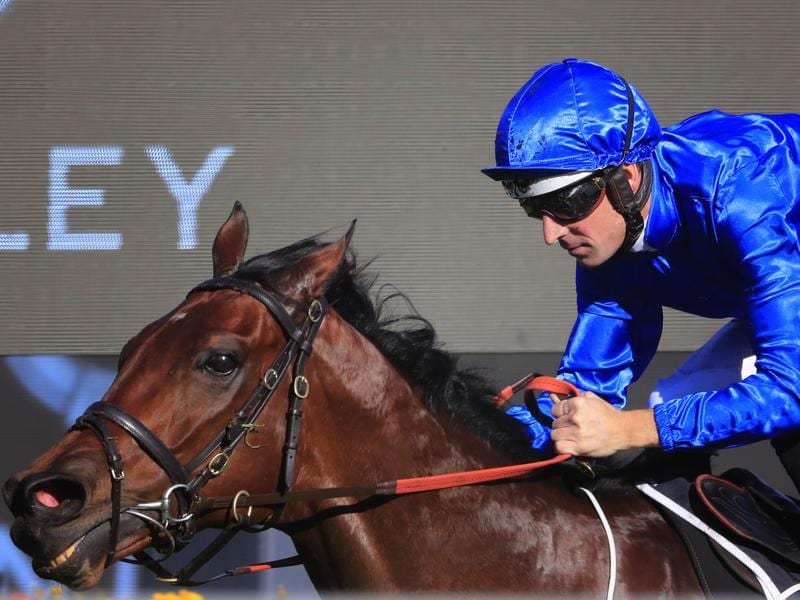 Viridine could be caught in limbo as spring looms with the decision to send the Godolphin galloper to Melbourne for a stakes race at Caulfield.

The James Cummings-trained sprinter was dispatched from Sydney on Wednesday night to run in the Sir John Monash Stakes.

Viridine and his former Godolphin stablemate Intuition have crossed the border from NSW for Saturday’s race and will be barred from returning to their home stables for at least six weeks.

Racing NSW announced on Wednesday that horses from Victoria could not enter a racing stable, licenced premises or racetrack.

Racing Victoria has branded the action as unnecessary, placing an extra burden on owners and trainers in both Victoria and NSW and called on Racing NSW to review their call.

Like Intuition’s new trainer Kurt Goldman, Cummings was not going to let the opportunity slip for Viridine to contest a stakes race before season’s end.

Viridine is already the winner of four stakes races and returned to form with success in the Winter Dash at Randwick on June 20.

That was Viridine’s first victory since the Doveton Stakes at Sandown in November.

In between, Viridine chased Group One glory in Perth, finishing seventh in the Winterbottom Stakes at Ascot, while more recently he finished on the placegetters heels in two stakes races during the Adelaide carnival at Morphettville in May.

“To turn the tables on some of his rivals there with a big weight, and on a heavy track at the 1200 metres, was a very good effort.

“We’re back to Melbourne on Saturday where his most recent experience was also a good win at Sandown at the end of last spring.

“As well as winning at Sandown last spring, he ran well at Caulfield when he finished fourth to Trekking in the Schillaci Stakes over Saturday’s trip.

“He’s continued to build good confidence and he’s been up and about since the Randwick win, so I’m sending him down to Melbourne satisfied that he’s capable of performing to the standard he’s set for himself.”

Early betting suggests Viridine is the horse to beat as the $2.70 favourite ahead of evergreen sprinter Jungle Edge at $4.40 and I Am Someone at $6.50.