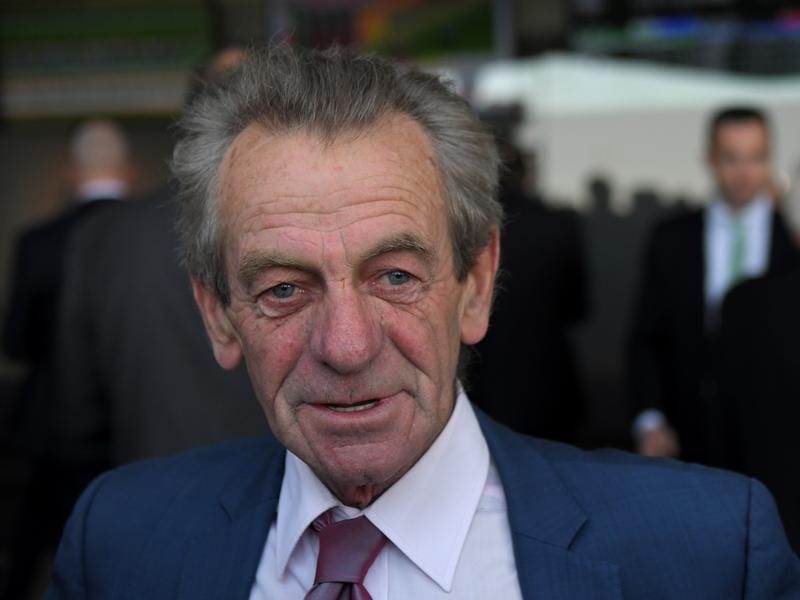 Gerald Ryan hopes Zero To Hundred can get up to speed for a stakes race in just her second start.

Rosehill trainer Gerald Ryan admits he has thrown promising filly Zero To Hundred into the “deep end” in the Listed Tattersall’s 2YO Club Stakes (1400m) on Saturday.

Ryan has won at least 20 winter carnival feature races in the past 25 years, but Zero To Hundred would be his first this year.

“I won the (Group Three) Grand Prix (this season) but it was run at Christmas not in the winter this year,” Ryan said.

“I haven’t had many runners in Queensland at all this year.”

Zero To Hundred was an impressive debut winner at Warwick Farm on a heavy track two weeks ago.

She came from last to over power a handy field and the effort indicated to Ryan he might have a handy filly.

He picked out the Tattersall’s Club as a race which could further test Zero To Hundred’s ability.

The Tattersall’s Club is one of the oldest two-year-old feature races in Queensland having originally been named the Ross Stakes and then the Australia Post Stakes.

It is usually the third leg of the Brisbane treble for two-year-olds over longer distances with the BRC Sires and the JJ Atkins.

The race has been won by some outstanding future top-flight gallopers, with the most notable the multiple Group One winner Sirmione.

Ryan doesn’t know if Zero To Hundred is a future Group One horse but he believes the race will show if she has the makings of a spring carnival filly.

“I have thrown her in the deep end here. It will be an ask at her second run to make the trip away from home and up to Brisbane,” Ryan said.

“But I like her as a horse for the future. She has pleased me since her first up effort.

“She did what not many horses can do by winning from last in a two-year-old.

“I think she can get out to winning at 1600m and I don’t think she will have any problems on a dry track as she works well on that type of surface.”

Zero to Hundred has continued Ryan’s run of success with the offspring of sire So You Think – he also has the stallion’s unbeaten two- year-old Peltzer in his stables.

Zero to Hundred cost $440,000 at the Inglis Sales and looks like living up to her breeding.

She was bred by Segenhoe Stud, her dam Celebrities Choice is by champion sire Redoute’s Choice and she is a sibling to stakes winners Gathering, Florentina and California Turbo.

Ryan has booked in form jockey James Orman for Zero to Hundred.

“James doesn’t ride for me much but he is a polished rider and knows the track,” he said.