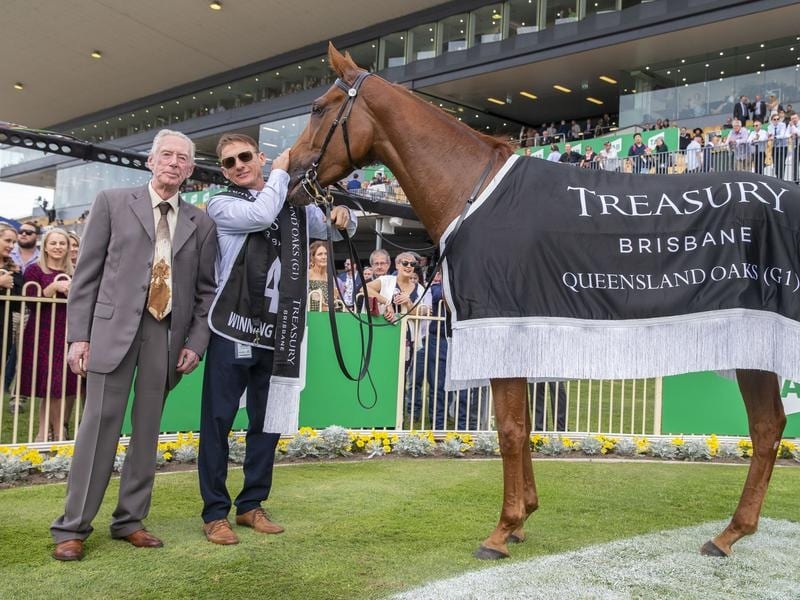 Trainer Garry Newman(l) has won an award for the performance of Winning Ways to win the Qld Oaks.

Newham trained Winning Ways to win the Queensland Oaks which was the only Group One victory for the season by a horse trained in the state.

It was an emotional win for Newham as his good friend and Winning Way’s owner Paul Makin died the week before the Oaks.

Makin had lured Newham back to training after he had taken an extended break.

Newham said when Makin’s horses, now raced by a trust, were finished racing he would also consider retiring.

Winning Ways was recently named Queensland Horse OF The Year.

The Wayne Wilson award, named after the late race caller, is in its 10th year and is designed to recognise the best performances by trainers judged on a monthly basis.

The medal was presented at a function in Brisbane on Thursday night.