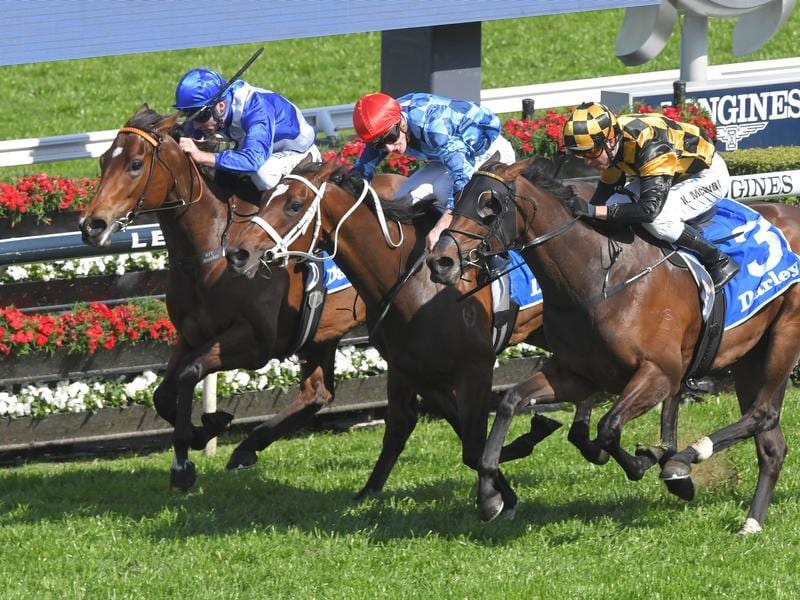 Two of the fillies involved in a thrilling finish to the recent Tea Rose Stakes are again expected to be the major players in the Group One Flight Stakes.

The Anthony Cummings-trained Libertini is being freshened for the crack at the Group One Coolmore Stud Stakes (1200m) at Flemington on November 2 but Funstar and Probabeel will clash again in Saturday’s Flight over 1600m at Randwick and they dominate the early market.

Funstar, winner of three of her four starts, was the $1.90 favourite on Tuesday after the final field of six was declared while the Jamie Richards-trained Probabeel is $2.10.

The next fillies in the market are at $26.

Funstar could give Sydney’s premier trainer his first Flight Stakes victory, with Waller having previously had to settle for second in the race three times including with champion Winx who was beaten by First Seal in 2014.

His other Flight Stakes runners-up have been Sezanne in 2016 and Fiesta, who was beaten a half-head by Oohood last year.

Funstar continued her Flight Stakes preparations with a gallop on Tuesday morning at Rosehill with her race jockey James McDonald aboard.

“She worked in company and James McDonald was very happy with the way she worked,” Waller said on Twitter.

“We’ll be looking just to see her do things properly on Saturday by relaxing, switching off, and doing all the little things right so hopefully she can get a Group One win.

“It’s a small but select field but no doubt she will be one of the favourites with Probabeel who fought out the finish with her last start.”

Funstar is a half sister to 2018 Queensland Oaks winner Youngstar.

The Flight Stakes is one of three Group One races on Saturday’s Randwick program which also features the Epsom Handicap and The Metropolitan Handicap.