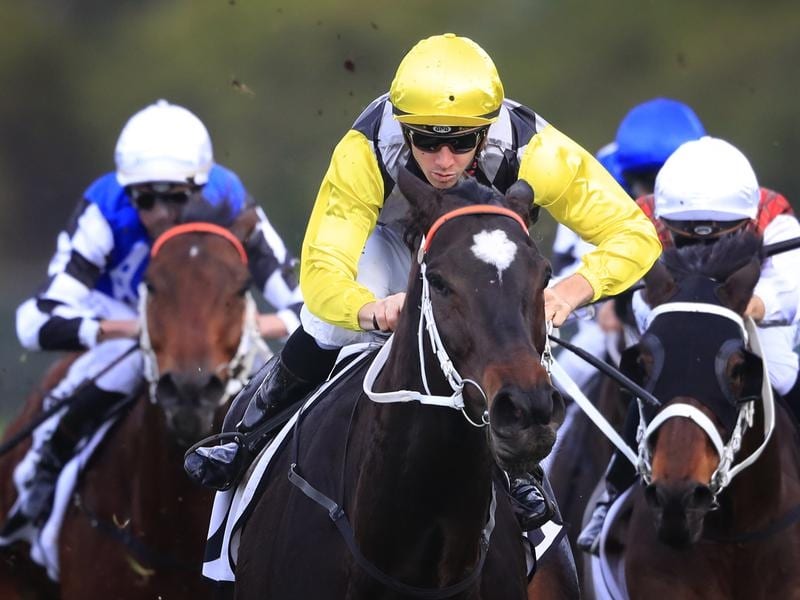 Group One placed as a three-year-old, it has been a long road back to the winner’s stall for Frankely Awesome who has reignited her career with a WJ McKell Cup victory.

Chasing home Verry Elleegant in both the Vinery Stud Stakes and Australian Oaks in the autumn of 2019, her promising career was interrupted by injury.

She spend 12 months on the sidelines and it has been a slow and patient process for trainer Kris Lees to revive her form.

“She looked like being a really handy three-year-old and she went amiss in the Oaks,” Lees said.

“It has taken a while to get her back to this grade and I think she is really appreciating the soft ground during the winter.”

Lees admitted he had moments wondering whether Frankely Awesome would ever fulfil her early potential.

“I started to question it and just where she was at when we got her back in work,” he said.

“But the team has done a really good job at home and I’m sure the soft ground has helped along the way.”

Lees, who saddled up five of the McKell Cup runners including favourite Attention Run, said it was satisfying to see Frankely Awesome get a win on the board.

“He purchased the mare and got her into foal to Frankel to southern hemisphere time,” Lees said.

“He wasn’t able to get her to a sale so it’s very pleasing to win a stakes race with her.”

Frankely Awesome ($10) enjoyed a soft run behind the speed for Jason Collett before angling to the outside and finishing resolutely, denying stablemate Sixties Groove by three-quarters of a length.

Chris Waller will have to wait another year to add the McKell Cup to his trophy cabinet with Carzoff ($5) doing best of his four runners, a nose away third.

Lees will consider a Grafton Cup start for Frankely Awesome if the country track is rain-affected.