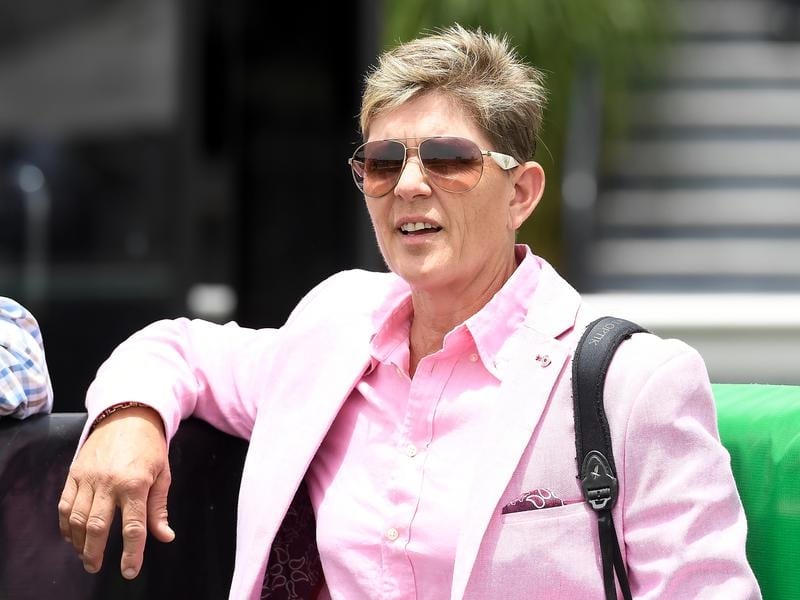 Trainer Desleigh Forster is seeking 2YO wins with jockey Taylor Campbell at Doomben.

Desleigh Forster and Taylor Marshall can confirm their status as Brisbane’s form trainer-jockey partnership when they target two-year-old races at Doomben.

Marshall has ridden 12 winners for Forster at a 20 per cent success rate.

As a combination the duo are showing a staggering $198 profit on a $1 the win unit on each of their runners.

Much of that windfall is attributed to Eelloh winning a two-year-old race at the Sunshine Coast at $10 in April.

Forster spelled Eelloh straight after that win to give her time to mature.

“She improved out of sight in a short time last preparation, she has had a good spell and trialled OK,” Forster said.

Boom Spender has drawn barrier five for his second run back from a spell.

“He was good when second first-up and I said before that run he was wanting the run,” Forster said.

“Both horses are raced by loyal supporters of the stable and wins would be a nice way to end the season.”