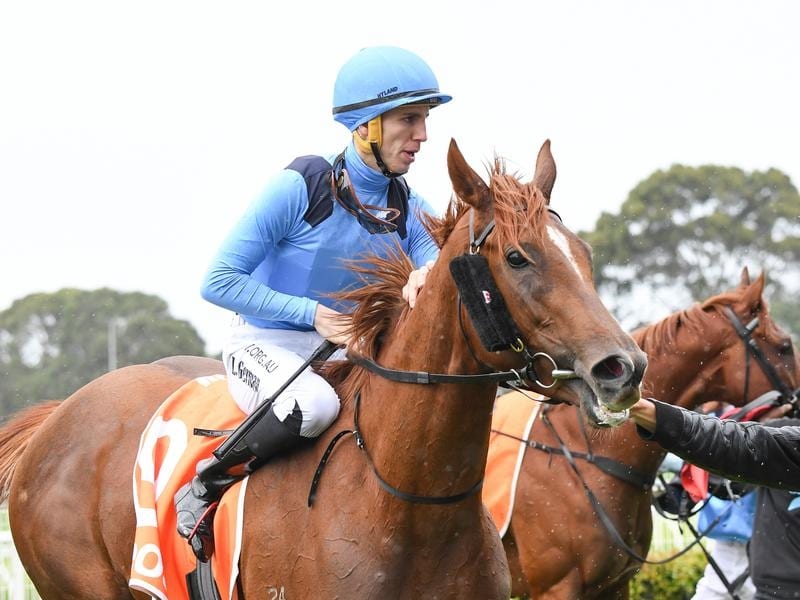 Leale has given Catherine Hutchinson, a successful former jockey, her first win as a trainer.

In a previous life as a jockey, Catherine Hutchinson was used to the big stage.

Under her maiden name of Tremayne, Hutchinson rode Group One winners in New Zealand and Australia while also having considerable success in the Asian hubs of Singapore and Malaysia.

In recent years Hutchinson has worked for Cranbourne trainer Mick Kent and when he decided on a sabbatical, which has since been cut short by the COVID-19 pandemic, Hutchinson was gifted a couple of horses to train in her name.

One of those, Leale, provided Hutchinson with her first winner as a trainer when successful in the Neds Extra Handicap at Caulfield on Saturday.

Leale was Hutchinson’s sixth runner to race after joining her stable, along with Amadeus, from owner Graham Loader.

“To get my first winner, with it coming at Caulfield, I could never have imagined it,” Hutchinson said.

“I’ve been very lucky to have been gifted horses like her and Amadeus.”

Ridden by apprentice Lewis German, Leale ($21) held tough in the straight after leading to defeat Regardsmaree ($15) by a half neck with Debt’N’Deficit ($5.50) three quarters of a length away third.

“I rode for Mick in Singapore when he was training over there and I’ve worked solidly for him over the past six years,” Hutchinson said.

“I did a lot for him before that as well when I used to pre-train for him.

“Mick’s holiday has been cut short because of what’s going on in the world, so he might be back sooner than he anticipated.”

Hutchinson said she was unlikely to return to work with Kent, preferring to keep training under her own right.

“I won’t get big, just carry on doing my own thing and potter around with a few horses,” she said.