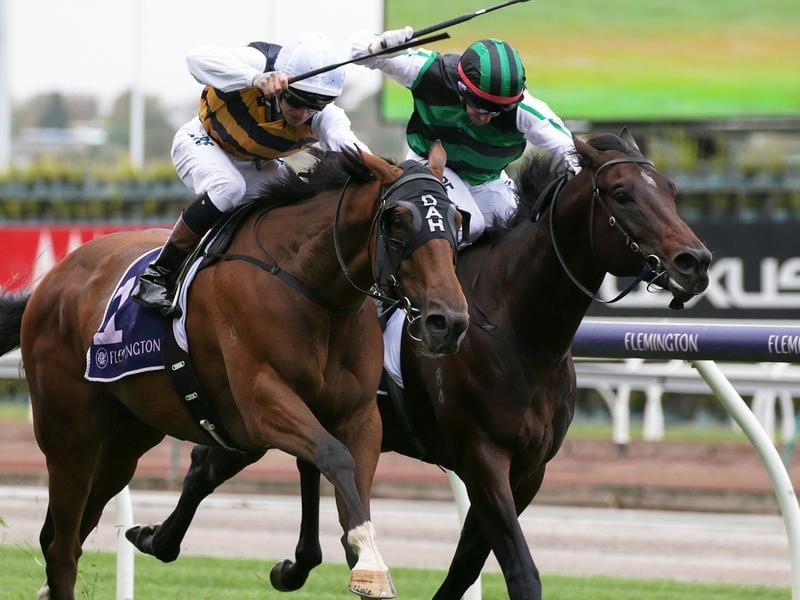 Champion trainer David Hayes says he has had to be patient with import Fastnet Tempest who has raced to his first victory in more than a year.

And even after Fastnet Tempest crossed the line first in Saturday’s Might And Power Handicap (1410m) at Flemington, Hayes had to wait a bit longer before the gelding was actually confirmed as the winner.

Fastnet Tempest hit the front passing the 200m and defeated Addictive Nature by a half-head but Addictive Nature’s jockey Brett Prebble then fired in a protest alleging interference over the concluding stages.

After a deliberation, stewards ruled that even though there was some interference in the final 100m, had that not occurred Fastnet Tempest still would have finished in front of the runner-up and dismissed the objection.

Fastnet Tempest had not won since the Listed Anniversary Vase at Caulfield in April last year but had placed five times in stakes grade since.

“I’ve had to be really patient with him,” Hayes said.

“He’s got a great turn of foot, it’s just a matter of timing your run.

“He still got there probably a fraction early today, believe it or not. But he was good enough to hang on.”