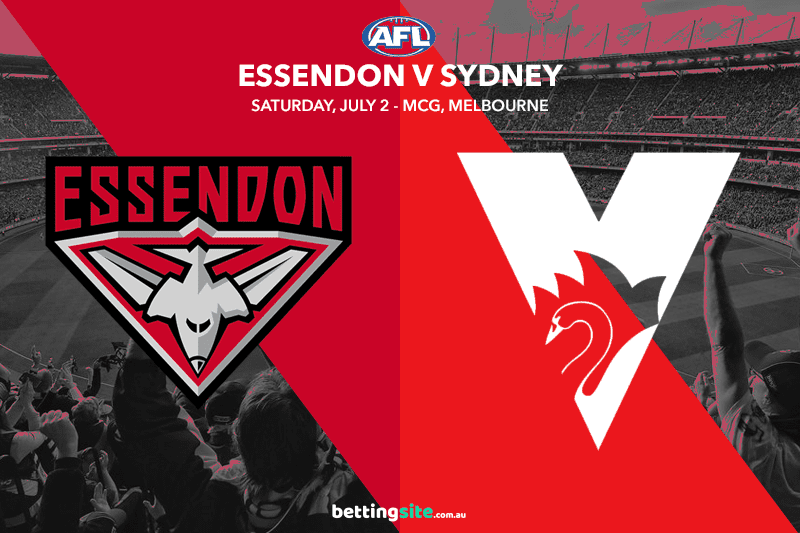 The Essendon Bombers will host the Sydney Swans this Saturday afternoon at the MCG in what is shaping up to be a dangerous contest for the visitors.

Although the Bombers’ season is all but over, they are still very capable of pulling off incredible upsets that could shape the top half of the ladder, which the Swans currently cannot afford.

John Longmire’s Swans currently sit sixth on the ladder with a healthy percentage, but they are only one loss from dropping all the way to 10th position, as is the evenness of the 2022 season.

Just as the Swans are one win from dropping outside the top eight, they are also one win outside the top two, and a big victory could be exactly what the club needs as they head into the backend of the year.

Darcy Parish is primed to make a very important return to the Bombers’ midfield, adding some much-needed inside craft to the understaffed duo of Zach Merrett and Dylan Shiel.

Former number one draft pick Andrew McGrath is still sidelined with an abductor injury, while the Swans have no immediate changes to make from their 51-point belting over the Saints.

If the Bombers are any chance of pulling off a miracle by September, they need to win all their remaining matches, but that task will begin against one of the toughest opponents in the league.

One of the most watchable and loveable players in the AFL will pull on their boots for the 250th time this weekend, as Luke Parker hits the massive milestone this Saturday against a team he enjoys playing against. Parker is a brute in the midfield yet he has been extremely consistent and reliable for the Swans, whilst his likely opponent in Jake Stringer has been somewhat of the opposite.

Stringer is just as explosive and powerful as any big-bodied midfielder on his good days, but he may struggle against one of the league’s most experienced superstars. Parker has been phenomenal this season and somewhat winded back the clock to his earlier days, averaging over 23 disposals per game this year while kicking 12 goals. You know Luke Parker is going to come out firing each week, but he may just add that extra bit of tenacity this Saturday for his big milestone match.

The Swans have found a future star in young key forward Logan McDonald. McDonald has only just entered the AFL competition, yet he is so sound and confident with his set shot routine, which he can regularly implement due to his astute leading patterns and sticky hands. McDonald will offer a unique target inside 50 away from Buddy Franklin, who is known to kick bags against the Dons.

Back in the Swans to get the victory this Saturday in Luke Parker’s 250th match at the MCG, where he will dominate the disposal tally and Logan McDonald will continue to kick goals inside 50.