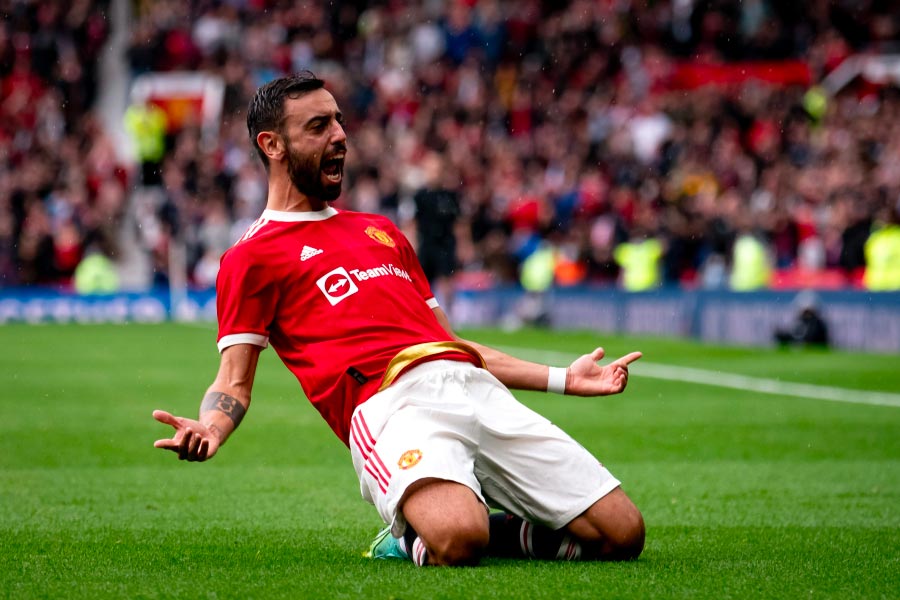 The 2021/22 English Premier League season is finally here, following an 83-day off-season which included a European Championship and the Copa America tournament. BettingSite.com.au brings you our season preview and best EPL futures bets for the upcoming campaign.

Online bookmakers have Manchester City as near-unbackable favourites to take out consecutive EPL titles, with odds of $1.67 available for the blue side of Manchester to continue their rampaging ways. UEFA Champions League winners Chelsea share the second line of betting with Liverpool at odds of $6, with both sides looking to build on their impressive finishes to the 2020/21 season, while Manchester United ($9.50) are the only other side predicted to give the title a shake.

City have stocked up on talent yet again, with Jack Grealish their biggest signing during the summer transfer window following a career-best season at Aston Villa last year. Chelsea have expressed interest in Inter Milan’s Romelu Lukaku in a bid to boost their attacking stocks, with the big Belgian expected to sign in the lead-up to Matchweek 1.

Manchester United may have been the biggest movers in the transfer market after finally completing the signing of Jadon Sancho, which was 12 months in the making, whilst adding Raphael Varane from Real Madrid to slot in alongside Harry Maguire in defence. As is often the case leading into the first week of the season, Liverpool are yet to add a big name to their squad, although the signing of centre-back Ibrahima Konate from Red Bull Leipzig in the Bundesliga will improve a defensive setup that is also set to regain Virgil van Dijk after a lengthy spell out injured.

The biggest talking point, however, is the future of Harry Kane. Will he land at City? Or will he be forced to stay at Tottenham? At the moment, he is still a registered Tottenham Hotspur player, despite only attending his first training session on Monday since the completion of Euro 2020. Kane is one of the best strikers in the world, and if City fail to prise him away from Spurs this summer, this EPL season could be a lot closer than what many experts think.

The 2021/22 Premier League campaign leaves plenty of questions to be answered outside of the top five chances too. After signing Danny Ings, Leon Bailey, Emiliano Buendia and a former favourite in Ashley Young, can Aston Villa spring a surprise to finish in the top 10? Can West Ham build on the progress they made last season, despite Jesse Lingard returning to Manchester United? Can Everton work their way back into the Premier League’s upper reaches? And will any of the newly promoted sides in Brentford, Norwich and Watford remain in the EPL for more than one season?

BettingSite.com.au will have you covered throughout the EPL season with best bets every week, but these are our top picks in futures markets that we will be following throughout the season.

It was only 12 months ago that everyone was saying Liverpool was the greatest team the Premier League has ever seen, and now that conversation has moved back to Manchester City. With all eyes on City and Liverpool, we expect it to be a season to remember for the red side of Manchester. Although they finished 12 points off City at the end of last year, the addition of Jadon Sancho and Raphael Varane will only help their chances of going one better in 2021/22. With Bruno Fernandes, Paul Pogba, Marcus Rashford and Edison Cavani, United certainly have the assets that can make up a championship-winning side. It seemed last term that the squad had started buying into manager Ole Gunnar Solskjaer’s philosophy, and we expect that to pay dividends this season.

Manchester United to win the title

There is no debating that Bruno Fernandes is one of the best attacking midfielders in the world. He consistently finds his name on the scoresheet and is one of the best penalty-takers going around. He netted 18 goals from 37 matches in the EPL last year, and if United are to go on to win the title this season, we expect that tally to be closer to 25 come season’s end. He is the designated penalty-taker for the red side of Manchester, and with a full season in the Premier League now under his belt, is the best yet to come for the Portuguese superstar? With the doubt surrounding Harry Kane’s future, the inconsistent form of Sadio Mane and Mohamed Salah for Liverpool last season and some question-marks surrounding the potency of City and Chelsea’s strikers (for now), we expect it to be Bruno who takes out the honour of the Premier League’s top goalscorer for 2021/22.

Despite losing Jack Grealish to Manchester City, Aston Villa have made some significant signings to their squad for the new EPL season. With Danny Ings, Ashley Young, Emiliano Buendia and Leon Bailey all genuine improvements, we anticipate Villa will continue to build on the form that saw them finish 11th last term, only four points outside of the top 10. With Argentinian goalkeeper Emiliano Martinez keeping 15 clean sheets last season, the Villans will have confidence in their defence, whilst an attacking three of Ollie Watkins, Ings and Bailey will cause plenty of headaches around the league as the

Ismalia Sarr is one of the brightest young talents in world football, and following a breakout year in the Championship where he netted 13 goals for the season, we expect the Senegalese winger to make the most of his second stint in the Premier League. He found the back of the net just five times during Watford’s unsuccessful 2019-20 EPL campaign, but with confidence on his side as well as a bit more craft and maturity, we expect Sarr to net upwards of 10 goals for the newly promoted Hornets.

The resurgence of Michail Antonio over the past 18 months has come hand-in-hand with the success of West Ham. Despite an injury-riddled 2020/21 campaign, Antonio still managed to put away 10 goals for the second season in a row and shared the mantle of top goalscorer for the Hammers with defensive midfielder Tomas Soucek. With Jesse Lingard no longer at the club, it will come down to Antonio as to how far West Ham can go in the season, but we are backing him to take the Irons back into the top 10 in a push for European qualification once more.