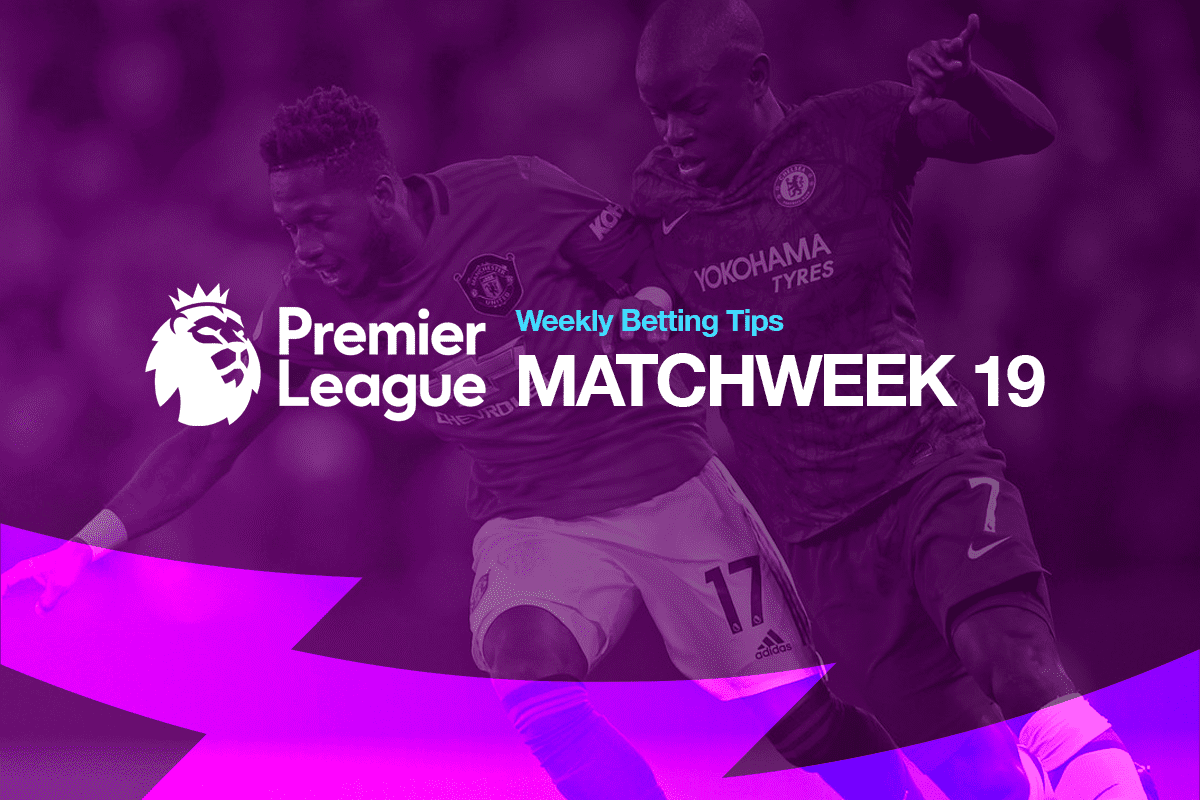 The Premier League’s top two clubs are huge betting favourites on Boxing Day (GMT) as Manchester City hosts Leicester City and Liverpool hosts Leeds United. We’ve got those two games circled along with the Wolves vs Watford match in this Sunday’s EPL betting tips for Matchweek 19.

Liverpool (12-5-1) settled for a 2-2 draw in last Sunday’s road match against Tottenham, snapping a six-match winning streak in which the club outscored its opponents 17-2. Leeds United (3-7-8) has lost each of its last three matches and has been blown away in each of its last two, losing to Manchester City 7-0 on the road and to Arsenal 4-1 at home. Leeds has conceded 19 goals over its last four matches.

This seems like one of those spots that you can pretty safely bet on the heavy favourite against the spread. Liverpool cruised to an easy 3-0 win over Leeds United on the road back in September; with the venue switching to Anfield and the current form of these two teams, is there any reason to expect a more favourable result for Leeds this time around? Not really.

At this point in the season, EPL bettors should just be auto-clicking on Wolves UNDER bets until they give us any reason not too. There has been one goal or less scored in each of Wolverhampton’s last seven matches, with four 1-0 results and three 0-0 draws over that stretch. Wolves have failed to score goals even against awful teams like Norwich City and Burnley, recording only one goal in their last six matches. This suffocating defensive style is shutting down even top attacks like Liverpool and Manchester City, too. This matchup against Watford will likely produce more of the same.

Manchester City (14-2-2) has opened up a three-point lead over Liverpool on the EPL table thanks to its recent 8-0-0 run. Leicester City (6-4-6) defeated Newcastle United 4-0 to improve to 2-1-1 over its last four matches on December 12 before having each of its last two matches postponed due to COVID-19.

Leicester has played Man City tough in recent years. In the last nine meetings between these two clubs, the Foxes have two wins and one draw to go with three one-goal losses and two two-goal losses. This stretch includes a 1-0 loss earlier this season in Leicester. It’s always scary to bet against a powerhouse like Manchester City, but there’s value against the spread on the underdog in this one.