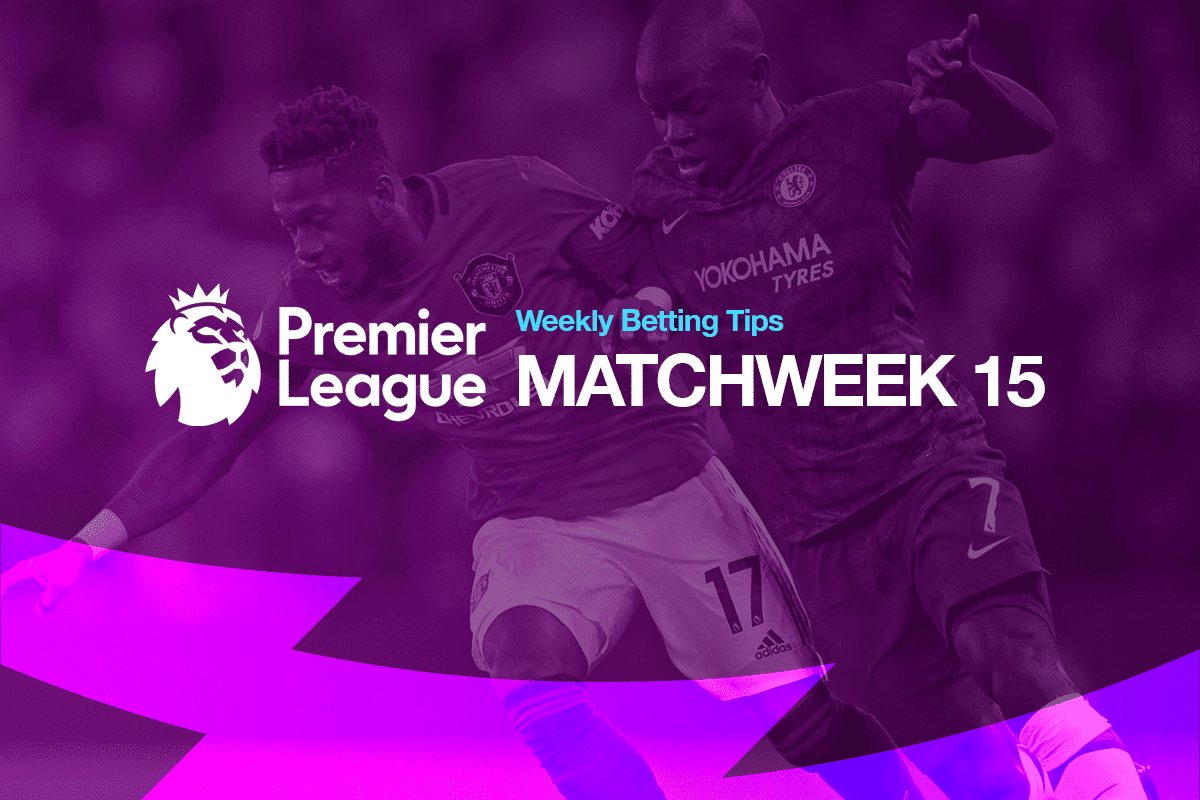 First-placed Chelsea gets a tricky road test this Saturday against West Ham United in Matchweek 15 on the 2021/22 Premier League season. That matchup along with Wolves vs Liverpool and Everton vs Arsenal are featured in this weekend’s EPL betting picks.

Chelsea (10-3-1) is unbeaten in its last eight matches with a 6-2-0 record, but the London club’s lead atop the English Premier League table is razor-thin with a one-point gap on Manchester City and a two-point margin on Liverpool. Man City is a massive favorite on the road at Watford on Saturday, so the pressure will be on Chelsea to earn all three points this weekend.

Fortunately for Chelsea, West Ham United (7-3-4) is in rather poor form at the moment. Since compiling a 4-0-0 record over its previous four matches, the Hammers have gone just 0-1-2 over its last three, losing on the road to Wolves and Manchester City and settling for a disappointing draw at home against Brighton & Hove Albion. West Ham’s sudden slump in attack makes this team an unlikely candidate to upset Chelsea. The Blues swept this matchup with two clean-sheet wins last season, and we like their chances to pick up another one here.

Liverpool (9-4-1) takes the English Premier League’s best offense on the road to face Wolverhampton Wanderers (6-3-5) this weekend. The Merseyside club picked up its third straight win on Thursday morning (AEDT), crushing Everton 4-1 after beating Southampton 4-0 and Arsenal 4-0 in its previous two matches. Mohamed Salah tallied goals number 12 and 13 on the season in the victory over Everton.

Wolverhampton is one of those rare clubs that has actually played better on the road this season (3-2-2, GD +1) than it has at home (3-1-3, GD -1). So has Liverpool, recording a 5-1-1 record on the road compared to a 4-3-0 record at home. Considering how little Wolves’ home-field advantage will seemingly matter in this matchup, the Reds become the clear choice as the far superior team. Playing this one against the spread is reasonable given Liverpool’s current form on offense, but we’ll opt for the safer play and pay the chalk on the three-way line.

Everton (4-3-7) continued its descent down the EPL table with a 4-1 blowout loss to Liverpool on Thursday, dropping its third game straight and falling to an abysmal 0-1-6 over its last seven matches. Arsenal (7-2-5) has lost two of its three matches since going 6-2-0 over its previous eight games, though both losses came against talented opponents on the road in Liverpool and Manchester United.

It’s a bit surprising that Arsenal isn’t going off as a bigger favorite here. Everton hasn’t shown a pulse in months and has been suffering regular losses to teams far worse than Arsenal. This looks like a pretty safe play on the road club this Monday.