There once was a time you could switch on the English Premier League on a Saturday night and be sure of seeing a few Australian players in action.

The days of Cahill, Emerton, Kewell, Viduka and Schwarzer are long gone now, but there remain one or two Socceroos stars running around in England’s top flight.

Following the deaprture of Aaron Mooy to the CSL in the transfer window before the start of the 2020/21 season, it has left Aussies cheering just two Socceroos in the EPL. 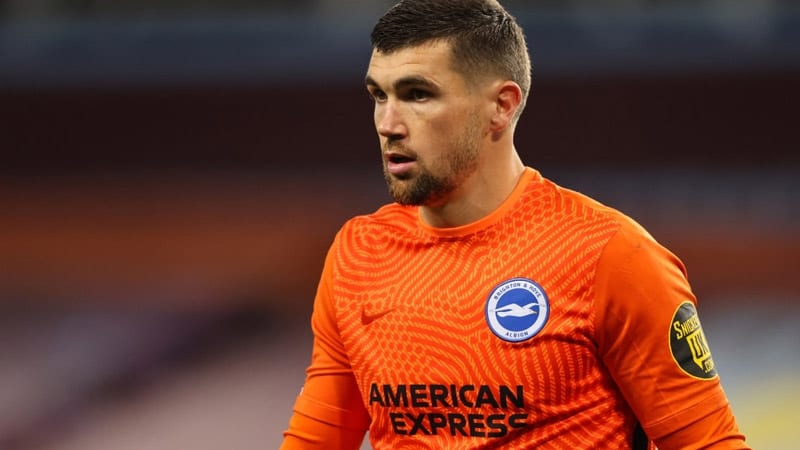 Ryan burst onto the scene with Central Coast Mariners in 2010 after first-choice keeper Jess Vanstrattan went down with a ruptured ACL. After some early jitters, he made the spot his own and helped steer the Mariners to the 2011 A-League Grand Final, where he won the Joe Marston Medal for best on ground despite a penalty shootout defeat to Brisbane Roar.

Two more impressive seasons in Gosford earned Ryan a trade to Belgian side Club Brugge in 2013. Two years later, he became only the third Australian to play in La Liga when Valencia signed him on a six-year deal. An ill-timed injury ruined his chances of nailing down a starting place, however, and he was loaned to Racing Genk before penning a five-year deal with Brighton & Hove Albion in 2017.

The Seagulls were newly promoted to the Premier League when Ryan joined them. He proved his worth from the off, making 124 saves – third in league – as Brighton secured their top-flight status for another season.

Having been a main-stay throughout the last three years for Brighton, Ryan was loaned out during the winter transfer window to powerhouse club Arsenal after falling out of favour with the Brighton management during the first half of the 2020/21 premier league season.

Australian’s that have played in the Premier League

There have been 52 Australians to have played in the English top flight, but only a select few have made more than 50 appearances.

Remaining Australians who have played in the Premier League