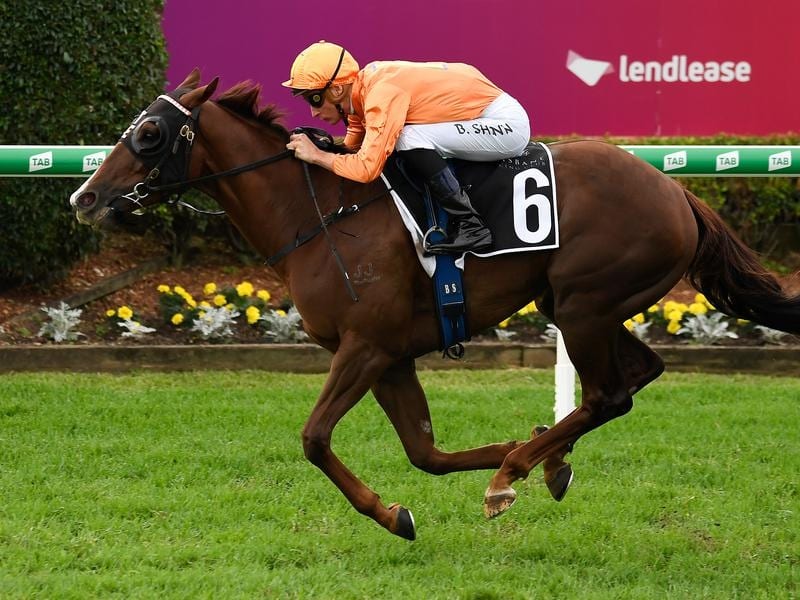 Trainer Toby Edmonds is excited about the Stradbroke Handicap prospects of Tyzone.

Gold Coast trainer Toby Edmonds is hoping the Stradbroke Handicap is a lot less nerve-wracking than the lead-up to the race.

Edmonds is off to England at the weekend to oversee the final preparation of Houtzen for the Kings Stand Stakes at Ascot on June 18.

He is growing in confidence he can leave with his biggest win on the trophy shelf.

Tyzone has been prominent in markets for Saturday’s Group One race since his strong finishing win in the BRC Sprint on May 18.

The win elevated Tyzone in markets to follow 2014 Stradbroke winner River Lad as the only horses to complete the double.

It has been a roller coaster ride for Edmonds and connections since.

Tyzone was thought to be a certain runner but was then pushed into the emergencies and finally back into the field as several first acceptances were not declared for the final field.

The low-key Edmonds admitted it had been a trying time.

“One moment everyone was saying we would be in the field and then it looked as though we were out,” Edmonds said.

It also led to speculation about jockey Tommy Berry who had a firm booking for Tyzone but was then mentioned for four other runners if Tyzone failed to get a run.

Edmonds took Tyzone to Eagle Farm on Tuesday morning to work on the course proper.

“It gave him a look at the track and he worked solidly. It topped him off nicely,” Edmonds said.

The last piece of the puzzle fell into place when Tyzone drew barrier 12 but will probably start from eight the emergencies do not get a start.

“He is a horse who doesn’t want to get too clogged up in the field. A little bit away from the fence is ideal,” Edmonds said.

“I would rather he came down the outside than trying to take a run between horses.

“Tom is in great form and it will make it easier for him to do that.”

Tyzone did his early racing in North Queensland for a syndicate headed by Tom Hedley.

The gelding has won 16 of his 31 starts with most of those in the north.

He had a short stint with Lawrie Mayfield-Smith in Brisbane in 2017 when he won at Doomben before heading back home.

Since coming to Edmonds he has won five races including two in stakes company and about $450,000 prize money.

“The horse is a winner. If you look at his record he has 16 wins and five minor placings,” Edmonds said.

“That is the record of a horse who likes to win.”