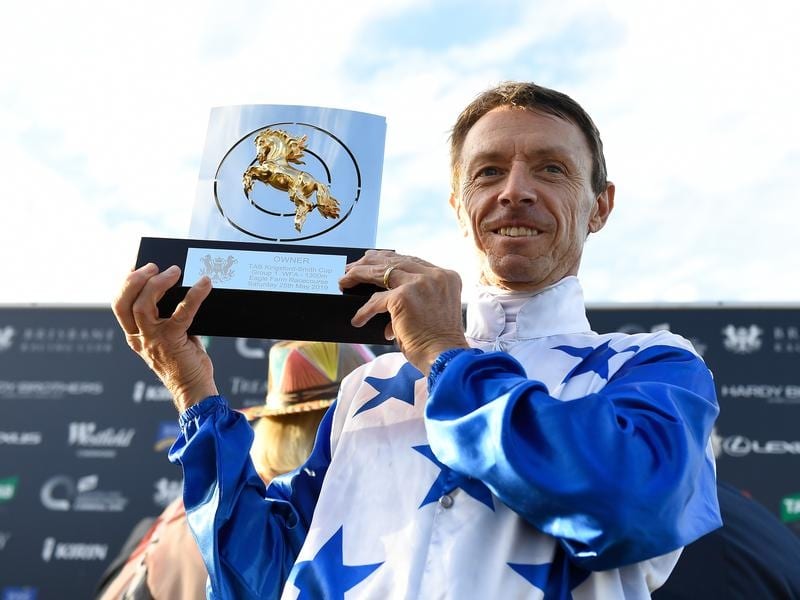 Jockey Michael Cahill has the chance to add another G1 trophy on The Bostonian in the Stradbroke.

If knowledge and preparation equate to success it is no wonder Gold Coast jockey Michael Cahill is having another top season .

Cahill has been by far the most successful jockey of the winter carnival which has not gone unnoticed by visiting trainers.

The 54-year-old has ridden more than 2500 winners in eight countries in a career which has produced five Australian Group One wins.

Cahill has a genuine chance to add three Group One wins to his total on Saturday with Shadow Hero (J J Atkins), Fun Fact (Queensland Derby) and The Bostonian (Stradbroke) at Eagle Farm.

He also has the key rides on The Candy Man in the Group Two Brisbane Cup and Redouble in the Listed Wayne Wilson Plate.

“I have always said you need the right horses to win big races which is hardly a surprise,” Cahill said.

“I am just thankful for the trainers who have supported me.”

But there is a bit more to Cahill’s success.

Cahill is a noted track walker and spends 20 minutes before each meeting inspecting track conditions.

He is also noted for his knowledge of form and his preparation for the future.

An example was when he travelled to New Zealand earlier this year to ride The Bostonian in a Group One race.

They finished unplaced but it cemented his association with trainer Tony Pike and secured him two Group One winning rides on The Bostonian so far this winter in the Doomben 10,000 and Kingsford Smith Cup.