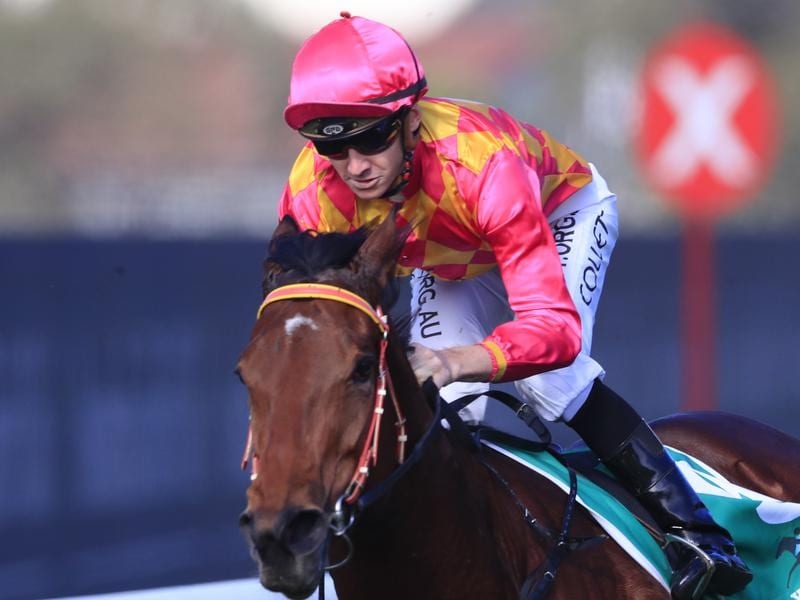 Well-bred Steel Diamond provided her trainer Rick Worthington with a boost in winning at Rosehill.

A Rosehill victory by Steel Diamond has provided the perfect tonic for trainer Rick Worthington, who is battling a serious health issue.

The renowned horseman has recently been released from hospital and could not be on track but stable representative Dean Mitchell said Worthington would have got satisfaction from Steel Diamond’s win.

“He will be very pleased with that. It was a super win and it was good to see her do what we know she can do,” Mitchell said.

“He’s improving. He’s doing some rehab at the moment so hopefully it won’t be too long and he’ll be back home.”

A sister to stakes winner Graff, Steel Diamond showed early promise and was Listed placed on debut behind Bivouac and Cosmic Force.

Mitchell said the three-year-old subsequently battled with feet and soreness issues but with time and maturity was beginning to realise her potential.

“She just needed time and Rick is very patient with his horses,” Mitchell said.

Steel Diamond ($11) settled worse than midfield for Jason Collett and showed a turn of foot to sweep to the front in the straight.

Collett admitted to a few anxious moments when Academy ($11) gave chase but his mount kept going to win the Alabama Express @ Yulong Hcp (1400m) by a half-length with Cafe Royal ($9) a further 2-3/4 lengths away.

“I hit the front a long way from home and I was a bit worried at the furlong, it was her first time at 1400 metres, but it was no problem at all,” Collett said.

Frosty Rocks started a solid $2.50 favourite but was unable to dictate terms as he did when scoring a runaway win at Warwick Farm earlier this month and finished fourth.