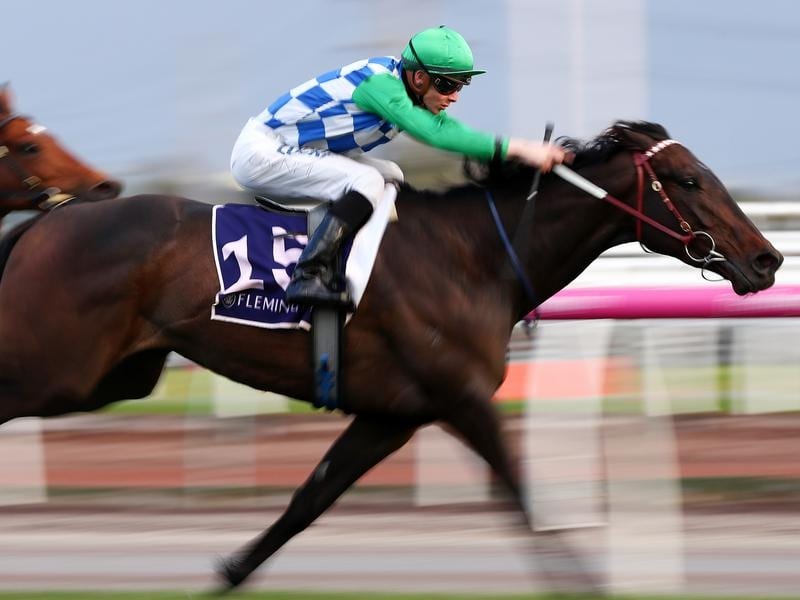 Furrion may have another start this campaign in an attempt to win a free ticket to the Melb Cup.

A decision is pending on the immediate plans for Warrnambool Cup winner Furrion who could yet have another start this preparation to chase a free ticket into the Melbourne Cup.

The lure to press on to the Listed Andrew Ramsden Stakes (2800m) at Flemington on May 25 is because the race carries a ballot exemption into this year’s Melbourne Cup to the winner, while it has also had a prize money boost to $400,000.

Lindsay Park senior trainer David Hayes wants to talk to connections and also see how the performances of some horses from Saturday’s staying race at Flemington rated before making a call whether Furrion goes for a spell or presses on to the Ramsden.

“The horse is having an easy few days in the stable,” Hayes said.

“He’ll either go out or go for the Ramsden. We’ll make the decision very soon.”

Both horses are scheduled to head to the Ramsden.

Furrion’s stablemate Alfarris, does have the Andrew Ramsden as a target and the import will be out to press his claims when he steps beyond 2000m in Australia for the first time at Caulfield on Saturday.

Five-year-old gelding Alfarris was fourth in a 1600m benchmark 90 race in Adelaide on his Australian debut in March before finishing sixth, 3-1/2 lengths behind the winner Plein Ciel in the Group Three Easter Cup (2000m) on April 20 in which Furrion was second.

Alfarris is among 19 nominations for Saturday’s first heat of the Banjo Paterson Series (2406m) at Caulfield.

“I think he is just crying out for a mile and a half,” Hayes said.

“He will run in that and then hopefully the Andrew Ramsden.

“He’s been set for that all preparation.

“He was a bit off Furrion at 2000 metres but it was still a pretty good run. We were very happy with his run.”