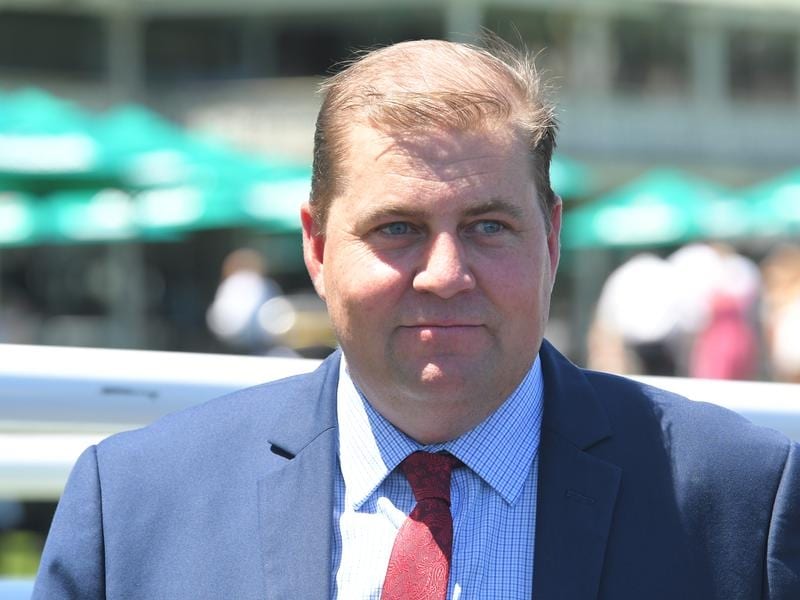 Talented mare I Am Excited will not be lacking in experience against black-type company when she tries to cause an upset in the Victory Stakes at Eagle Farm.

Redzel is the odds-on favourite for Saturday’s Group Two 1200m-sprint but Sydney trainer David Pfieffer is encouraged by I Am Excited’s form.

The four-year-old mare ran third behind Impending in the Victory Stakes last year at her only Brisbane run to date.

I Am Excited had her first start in a black-type race when third in the Listed Woodlands Stakes at Scone in May 2017.

Since then she has had another 18 starts with 17 at stakes level.

Her best win was in the Group Two Gilgai Stakes at Flemington in October.

She is a half sister by top sire Snitzel to another stakes winning mare, Flippant, making her already a good broodmare prospect.

Pfieffer has carefully managed I Am Excited’s career and he believes she is now ready to step up to Group One races in the winter.

“Last year she only had the one run in Brisbane before we gave her a break to get ready for Melbourne,” Pfieffer said.

“She has black-type but it would really be great from a broodmare point of view if she gets Group One status.”

Blake Shinn,who has won twice on I Am Excited, has been booked for the ride on Saturday.

“There should be a lot of early pace and Blake should be able to get cover and finish on,” Pfieffer said.

The trainer has had previous successes in Queensland including Graceful Anna (Magic Millions 3YO and Vo Rogue Plate), Gai’s Choice (Waterhouse Classic) and Cradle Me (Dane Ripper Stakes).

“Cradle Me’s win in the Dane Ripper was a Group Two and it would obviously be great if I Am Excited can go one better this winter,” he said.

“I have had a bit of luck with mares in Queensland so let us hope it continues.”