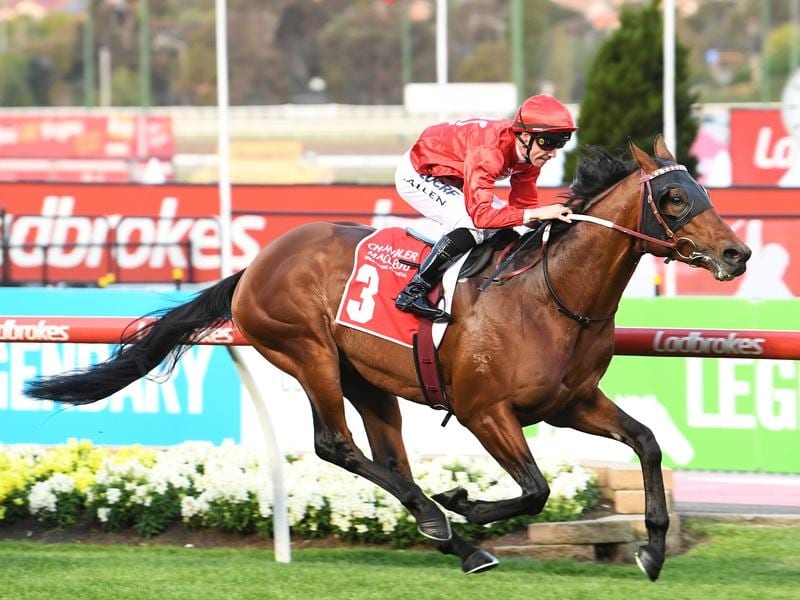 Danny O’Brien is thrilled to have Iconoclasm as an addition to his team and the trainer will get a better guide on big race targets for the talented horse after he makes his return in the VOBIS Gold Sprint at Caulfield.

Iconoclasm ended his previous campaign with a couple of unplaced runs in Group One races in Perth before joining O’Brien’s stable after his former trainer Darren Weir was disqualified earlier this year.

The four-year-old steps out for O’Brien for the first time in Saturday’s $250,000 race over 1200m ahead of a possible Queensland campaign.

“I’m very pleased to have him, obviously,” O’Brien said.

“He’s coming off a good break. He finished up in Perth at the end of the spring and then he had a nice spell at Rosemont Stud and we got him at the start of this preparation.

“He’s a big four-year-old stallion so he probably will improve for going to the races on Saturday but that VOBIS Sprint is a good race for him to kick off in.

“He will be hitting the line hard. It’s just whether or not he can get over the top of a couple of quick ones in front of him.”

Winner of seven of his 15 starts, Iconoclasm shared the second line of betting with Ashlor at $3.90 on Friday behind last-start stakes winner Miss Leonidas ($2.80).

O’Brien has been impressed by Iconoclasm.

“We’re hoping that he might end up in Queensland. We’ll get a look at him on Saturday and see where he’s going.”

The Stradbroke Handicap in June could be a target for the horse who is unbeaten in three attempts over the distance of that Group One race.

“He’s got a very good record at 1400 metres and he’s still probably weighted well enough in a handicap, so if he showed his best then that would be a chance,” O’Brien said.

“We’ve always wanted to see her at 2000 metres and we’ll get that chance on Saturday,” he said.