Since its foundation in 2008, the Indian Premier League – or IPL – has quickly grown to become the most popular domestic 20/20 competition in the world today. Boasting many of the game’s mega-stars and a faster pace of play than either Test or ODI matches, the annual tournament has plenty to offer both hardcore cricket fans and keen punters.

There are a plethora of online betting sites that take bets on the Indian Premier League. Our favourite IPL betting sites have a reputation for great odds, tight security and safe, hassle-free online banking. On top of that, each of our top bookmakers offers some great continual promotions like inflated odds on certain events, “mega bets” and cash back offers.

Each of our recommended cricket betting sites can be easily accessed by your mobile device too, either by download the free betting app or through their browser-based mobile website.

The IPL is played from late March to May each year and features eight teams from major cities all around the country. All sides play each other twice during the round-robin league phase, with two points awarded to the winner of each match. If a game is tied or there is no result, the two teams share the points. 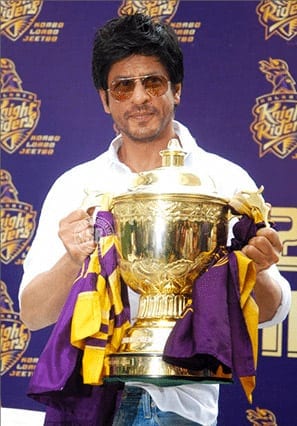 At the conclusion of the league phase, the top four teams enter a playoff series. If several teams share the same points tally, net run rate is used to determine rankings. The top two teams play a qualifier, the winner of which progresses to the final. The loser of that clash then faces the winner of the elimination match between third and fourth for the right to play in the final.

For example, this is how the 2018 IPL Playoffs panned out:

Tips for betting on the IPL

When betting on the IPL there are many things to keep in mind. First and foremost, you should have accounts with multiple online bookmakers so you can find yourself the best odds for each event.

If your are betting on the futures market, ask yourself how your team did in the previous season. Did they buy well during the player auction this season? Do they have a legitimate chance with the players they have on their roster? Do the players chosen have a good IPL record, or do they have experience in Indian conditions?

When making head-to-head bets, ask yourself whether you see value in the odds. Is it a home or away game? Does your side go into the match missing any star players, whether it be through injury or any other factor? What are the two teams’ history against each other?

A popular way to bet on the IPL is through a multi bet, which combines several single wagers onto the same ticket. You could have 10 match results, or you could combine a win bet on a team with a top run scorer in another game, followed by a win bet on the third game in your multi.

Types of bets on the Indian Premier League

Which teams play in the IPL?

Eight teams compete in the IPL, although more have come and gone over the course of the competition’s history. Open the tabs below to find out more about the past and present IPL franchises.


Past IPL seasons and results