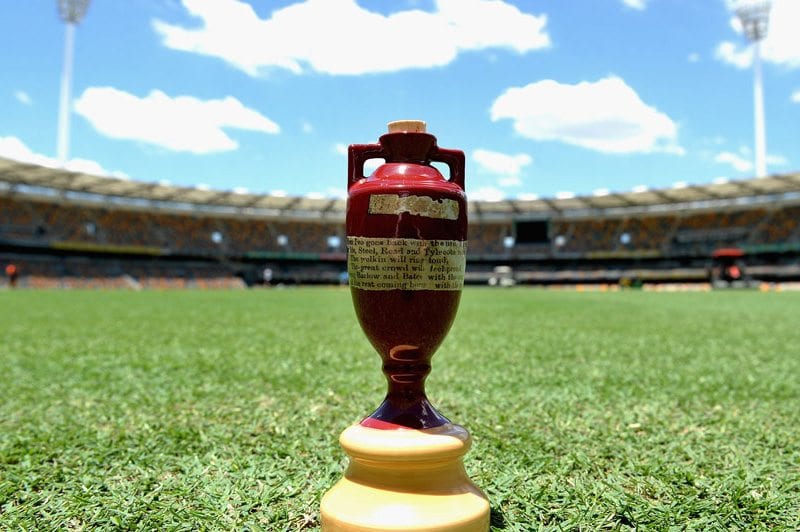 THE Ashes series has given us some of sport’s highest highs and lowest lows.

How do you narrow 130-odd years of drama and controversy down to a top five?

To make things just a little bit easier, we are sticking to the 34 series played on Australian soil.

Here are our top five Ashes moments from Down Under, starting with one of Test cricket’s most memorable dismissals.

Is there a more iconic piece of footage in the Ashes archives?

The pair hung around, however, seeing out stumps and then grinding away the next morning until the deficit was down to a mere three runs.

Then Ian Botham served up a juicy half-tracker that Thompson wafted into the slip cordon, where Chris Tavare should have completed the winning catch.

Instead the ball ballooned over his head and fell into the mitts of a diving Geoff Miller as the visitors sealed the most spectacular of victories.

Shane Warne was already a superstar on the rise when England came out for the 1994-95 Ashes series.

It was only a year prior, after all, that the cocky Victorian had stunned Mike Gatting with the ‘Ball of the Century’.

Never one to leave lengthy gaps between highlights, he backed up by breaking a hoodoo that had lasted 91 years.

For nobody since High Trumble in 1903 had claimed an Ashes hat-trick until Warne dismissed Phil DeFreitas, Darren Gough and Devon Malcolm in successive deliveries in the ’94 Boxing Day Test match.

The cherry on top: David Boon’s spectacular lunging grab at short leg to seal the deal.

The 2002-03 Ashes served as a farewell tour for Steve Waugh – the man at the helm for one of Australian cricket’s most glorious eras.

Although the series was well and truly wrapped up before the New Year’s Test, the Aussies were in a spot of bother when Waugh arrived at the crease on day two with Matthew Hayden, Justin Langer and Ricky Ponting all back in the sheds and only 56 runs on the board.

Then Damien Martyn went for 26, and Martin Love for a doughnut, but still the skipper hung around and hit the gaps in one of his most confident knocks in years.

Excitement mounted with every slashing cut and vintage drive until, on the final ball of the day, Waugh found the fence to bring up his hundred and send the SCG into raptures.

The best part: although England won the match thanks to a stunning second-innings 183 from Michael Vaughan, the only thing anybody remembers is Tugger’s ton.

After the dizzying high of England’s epic win in the 2005 Ashes, the return series a year later was among the most hyped in history.

However, those expecting a repeat of the mammoth contest in the UK were left sorely disappointed as Australia romped to a 5-0 whitewash.

Among cricket tragics, it is universally agreed that the home side’s dominance was established with Steve Harmison’s opening delivery in the Brisbane Test.

The big seamer felt the Queensland heat and melted like a chocolate teapot, almost missing the pitch entirely as he sprayed his first ball to Andrew Flintoff at second slip.

Australia went on to make 602 in the first innings and never looked back.

It is one thing to follow a script, but Warney had a unique ability to write, direct and act them out all on his own.

Having announced that he would retire from international cricket at the conclusion of the series, the King of Spin arrived in his home town of Melbourne with exactly 699 Test wickets to his name.

Bumper crowds piled into the MCG on Boxing Day to see their hero achieve yet another milestone, and it arrived just before the tea break.

England captain Andrew Strauss had been doing his best to save a sinking ship, battling to 50 while the top order fell around him.

But there was nothing he could do about a signature SK Warne leg-break that ripped past his inside edge and onto the stumps as the great man became the first player in history to take 700 Test wickets.