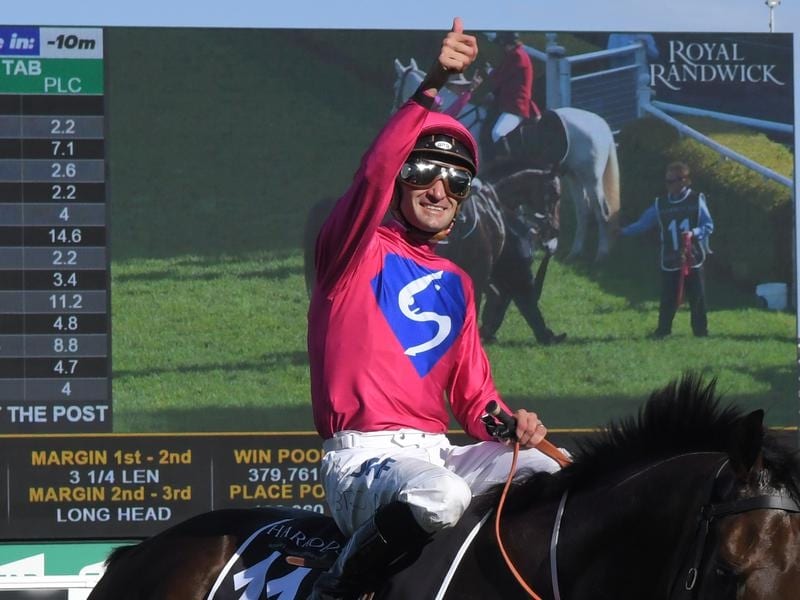 Jockey Corey Brown has suffered lower back injuries in a fall in the Queensland Derby.

Corey Brown remains in a Brisbane hospital with back injuries after a fall in the Queensland Derby at Eagle Farm.

The Australian Jockeys Association said on Sunday, Brown had full movement of his arms and legs and had not suffered any head injuries.

The AJA said he may need treatment to stabilise his lower back injuries.

Brown came off when his mount Lord Arthur broke down with the New Zealand horse later euthanised.

A Sydney premiership winner, Brown has won two Melbourne Cups on Shocking in 2009 and Rekindling in 2017 and his 49 Group One wins include the Australian Derby in April on Angel Of Truth.