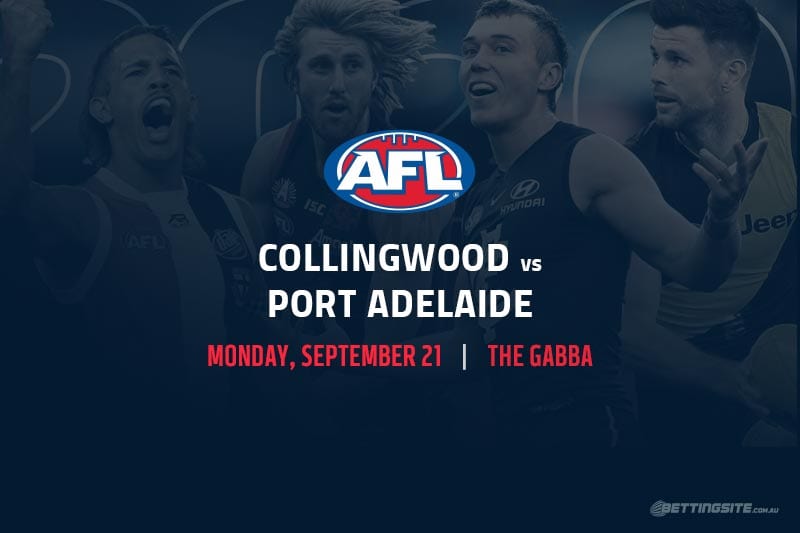 The final match of the AFL 2020 home-and-away season could also be one of its best as the Collingwood Magpies and Port Adelaide Power go head-to-head at the Gabba.

A strong return from Adam Treloar and Jordan De Goey has filled the Collingwood faithful with belief heading into the finals, but the Pies have a hard task ahead against the top-placed Power.

Ken Hinkley has coached the lights out this season with 13 wins and only three losses, but there is still a chance they could lose the minor premiership if they don’t win this Monday.

While there are only four players on Port Adelaide’s injury list, the missing quartet of Zak Butters, Tom Clurey, Ryan Burton and Mitch Georgiades would all be considered part of the club’s best 22.

Collingwood coach Nathan Buckley can make a few changes at the selection table, with the talented Jaidyn Stephenson knocking on the door.

The reliable Jack Crisp notched up his 150th game in round 17, which was also his 138th in a row – the longest streak in the AFL. Crisp has hit career-best form in the past three rounds, averaging 26 disposals and impacting games heavily across half-back. The Magpies like to control the footy in the back line before attacking with pace, which allows Crisp to find lots of the ball.

After missing nearly two months of footy through injury, De Goey picked where he left off with four goals against the Gold Coast Suns last week. The powerful forward could have kicked five, but he selflessly gave a goal to Brody Mihocek in the goal square. Clurey’s absence means the Power will have to shuffle their matchups, which could give De Goey the freedom he needs to do some damage.

Collingwood has won its last two clashes against Port Adelaide by a combined 90 points. The Pies haven’t lost to the Power outside of Adelaide since the 2013 elimination final, while the Gabba has become a second home for the Victorian club in the last month. Scott Pendlebury will become the outright games record holder for the Magpies on Monday when he plays his 314th match, and the superstar midfielder always lifts for his milestones.