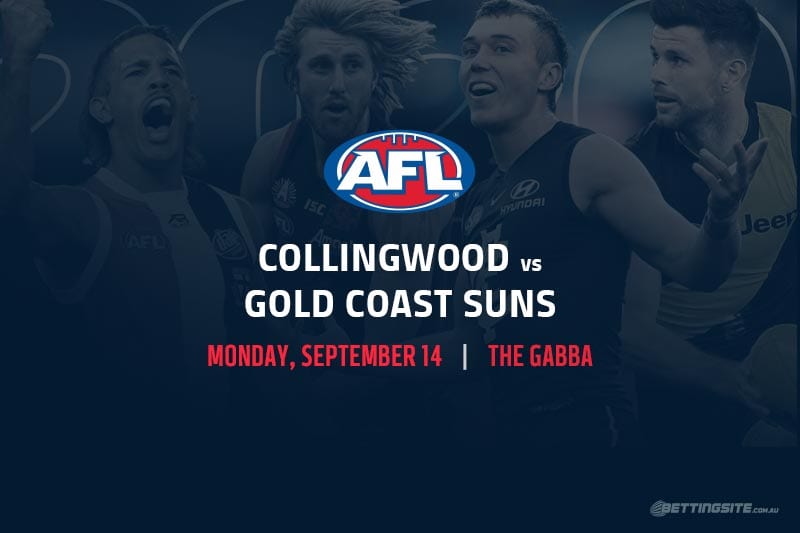 A win at the Gabba this Monday would solidify the Collingwood Magpies in the top eight, but the 2020 Gold Coast Suns are no easy beats.

Both teams are coming off losses to the Brisbane Lions, but the Pies have had an extra week of rest due to their bye in round 16.

Adam Treloar and Jordan De Goey have been racing the clock to get back before the finals, and Collingwood coach Nathan Buckley confirmed on Saturday that both would start in Brisbane.

The Suns could elect to rest some of their younger players, as they looked very tired against the Lions in round 16.

Collingwood hammered Gold Coast by 69 points when these teams met in round 20 last year, and Pies fans will be hoping for a similar show of strength leading into the postseason.

Scott Pendlebury will make history for the Magpies this weekend when he ties club champion Tony Shaw on 313 games played. Last time Pendlebury played the Suns in a milestone was his 200th, where he had 35 touches and kicked three goals. The Collingwood captain has passed 25 touches in four of his last five games, so we are backing him to rule the midfield against the Suns.

Picking a goalkicker for the Magpies is tough, as the forward line has struggled to find consistency in 2020. Jamie Elliott has been utilised as a midfielder for much of this season, but Treloar’s return could see the Collingwood no.5 spend more time inside the forward 50. Elliott has only kicked multiples once this year, but we like his chances against a weary Gold Coast defence.

If the Magpies are to stand a chance in the finals, they must be ruthless this week and knock off the Suns by a big margin. Mason Cox and Brody Mihocek need to find some form, and Jaidyn Stephenson could move to a new role on the wing in place of the injured Tom Phillips. The Suns looked dead on their feet against the Lions and were destroyed by Brisbane’s dynamic forwards.