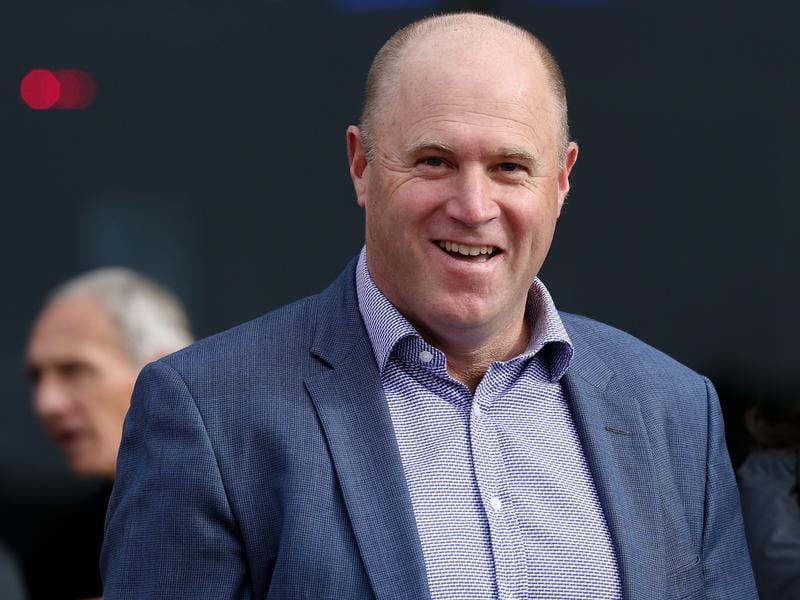 Trainer Danny O’Brien believes Absolute Flirt is primed to take on a class field in the Quezette.

Absolute Flirt will clash with some classy fillies in the Quezette Stakes at Caulfield and her trainer Danny O’Brien hopes the sprinter has better luck than in her season return.

O’Brien believes it was only bad luck at a crucial stage that prevented Absolute Flirt making a winning return in a 1000m-race against her own age and sex at The Valley on August 3.

The three-year-old was travelling well behind the leaders coming to the home turn but could not get clear running and finished third to Taraayef and Rumble Doll.

“I reckon she would have won but she just couldn’t get room when she needed to,” O’Brien said.

“She has come through it really well.

“The positive about last week was that she really only had a barrier trial given the run she had, so she should be ready to peak for us in the Quezette.”

Absolute Flirt won a Listed race at two and was placed at Group Three level in Adelaide.

Brett Prebble reunites with Absolute Flirt for the first time on race day since riding the filly in her debut in the Magic Millions Clockwise Classic at Ballarat last November.

Damien Oliver has ridden Absolute Flirt in her other starts but has elected to ride Lankan Star.

The Anthony Freedman-trained Lyre has had a couple of jump-outs at Mornington in preparation for her return.

“We’ll work her during the week and see how she is pulling up in her work. At this stage we are heading there but it could all change,” Freedman’s son and assistant trainer, Sam Freedman, said.

“She will be nominated.

“She trialled well the other day. She’s probably taking a little longer this prep to come to herself but she is going nicely. She’ll run really well but she will have improvement in her if she goes there.”

Brooklyn Hustle, who was fifth in the Blue Diamond, signalled she was on target for the Quezette first-up when she cruised to a three-length win in an 800m Cranbourne barrier trial last Monday.