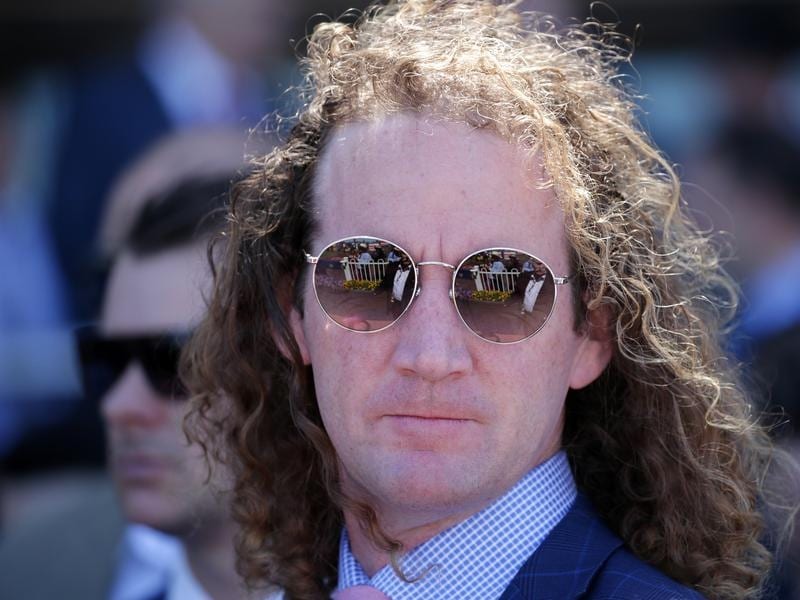 Trainers Ciaron Maher and David Eustace have continued their domination of the jumps races at the Warrnambool carnival, taking out the Champion Novice Hurdle with Chequered Flag.

The win in Thursday’s race was Maher and Eustace’s fourth jumps win following a double with Euroman and Bit Of A Lad on the opening day and Big Blue’s win in the Galleywood Hurdle on Wednesday.

Maher is in charge of one of Australia’s biggest stables and having grown up around Warrnambool, he has always loved jumpers.

“The first year I trained I didn’t have a runner in the Grand Annual and I declared that I would try not to let that happen again.

“And then last year I didn’t have one and that wasn’t good.”

Chequered Flag was having his first run over jumps for more than 18 months in Thursday’s race after winning a maiden hurdle for Darren Weir in 2017 and running second in the Houlahan Hurdle at Ballarat in August that year.

Maher took over Chequered Flag’s preparation this campaign and believes the horse could win any race he is set for.

“Everything he’s done would suggest that.

“He had a hurdle trial here and he bowled around jumping beautifully and he really enjoyed himself.

“He relaxes well. He jumps good and he’s a very good stayer.”

Ridden by Steven Pateman, Chequered Flag raced to a 5-1/2 length win from Sweet Lullaby with Refectory 12 lengths away third.

Maher expects Chequered Flag to remain over hurdles although he could switch to the bigger jumps for the Grand National Steeplechase towards the end of the season.

Lee Horner, who fell from Murphy’s Delight, was taken to hospital for observation after initially being knocked out in the fall but then regaining consciousness.