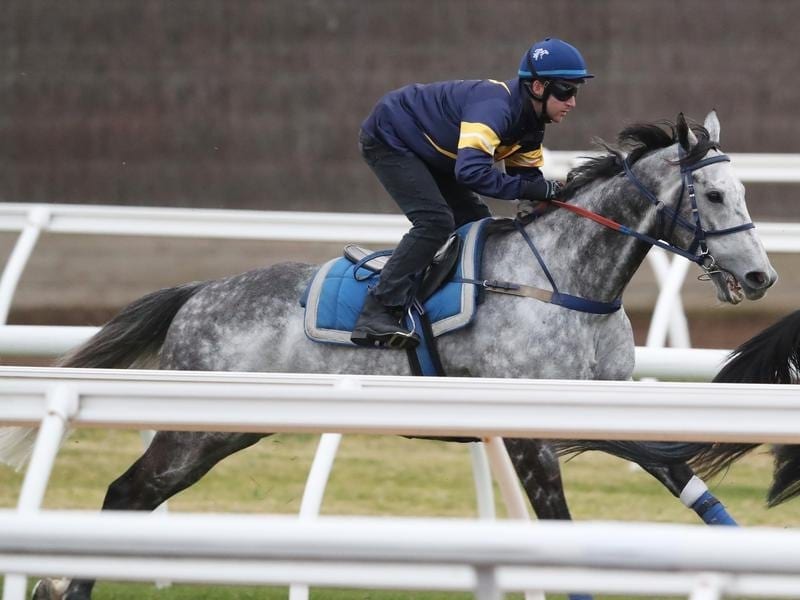 Chautauqua will run in a barrier trial at Moonee Valley to try to be reinstated to race again.

Chautauqua is set to play a part at the Moir Stakes program at Moonee Valley when he runs in an official trial between races.

The Hawkes Racing-trained sprinter needs to jump from the barriers to the satisfaction of stewards before being cleared to race again.

Chautauqua was barred by Racing NSW stewards in February subject to satisfactorily jumping from the barriers on two consecutive occasions.

He has since failed four times but was given a reprieve to complete another two trials after he came out behind the field in a race day trial at Rosehill and tacked on to run second.

He was passed by Racing Victoria stewards in an 800m jump-out at Flemington last Friday and now needs to prove himself in an official trial.

With no official trials until October 8, Racing Victoria and the Moonee Valley Racing Club have organised a 1000m-trial between races four and five on Friday night.

The trial will have a maximum of seven runners.

If Chautauqua passes the next test he can be entered for Victorian races.