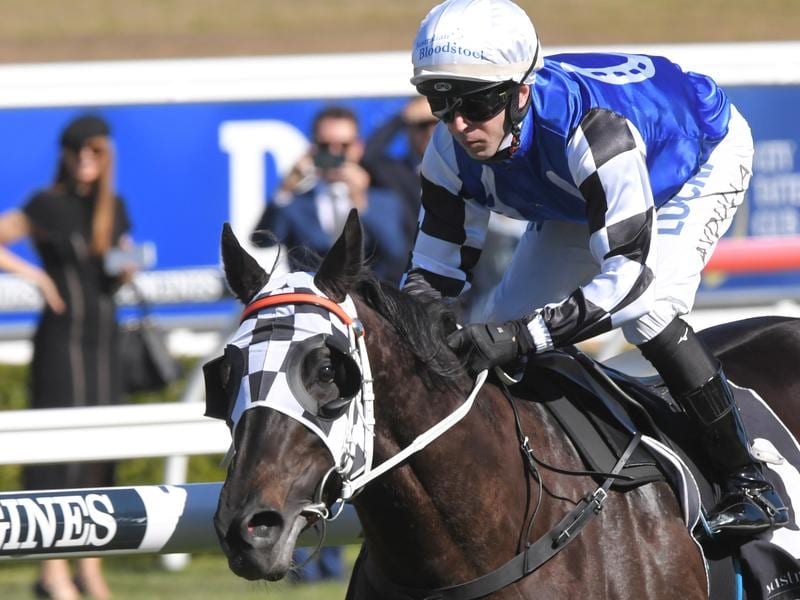 Our Candidate has enhanced his claims for the Newcastle Gold Cup after winning at Randwick.

Kris Lees has his eyes on an elusive Newcastle Gold Cup win with Our Candidate stamping his authority on a second consecutive Sydney staying race.

The multiple Group One-winning trainer has so far come up short in his hometown Cup but may have found the solution in the imported stayer owned by Australian Bloodstock.

Ridden by Brenton Avdulla in Saturday’s 2400m-benchmark race, Our Candidate ($2.05 fav) backed up his heavy track win in a similar race at Rosehill on July 27.

Attention Run is also an Australian Bloodstock-owned former European and the Newcastle Cup on September 20 is also on her program.

“Our Candidate is a horse with a lot of upside,” Lees said.

“I think it’s a better win than last time. He carried the extra weight and has had a peach of a ride from Brenton each time.

“He is still an entire but has a really good attitude and the Newcastle Cup could be a good race for him.”

Avdulla said he had no idea how far or how high Our Candidate could go.

“I haven’t got anywhere near the bottom of him yet so I don’t know.

“I don’t know if there’s another length or four, six or what.”