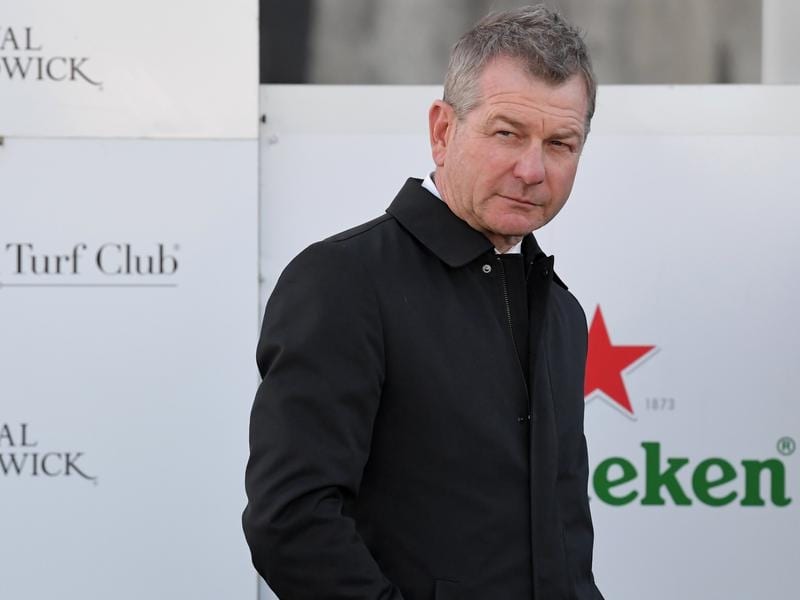 Trainer Kris Lees is likely to give Randwick winner Articus his chance in the Cameron Handicap.

Veteran Articus has upstaged his more fancied rivals and earned a possible stakes-race tilt with a narrow win in the final race on Chelmsford Stakes day at Randwick.

The eight-year-old hadn’t been in the winner’s stall for almost two-and-a-half years and was sent out $21 but responded to a positive ride by Jason Collett to reel in leader Sweet Deal ($3 fav) then hold off the late bid of Australian Oaks runner-up Scarlet Dream ($6.50) by a head.

Sweet Deal held on for third another half head away, just failing to give Nash Rawiller his fifth winner on the nine-race program.

Trainer Kris Lees was surprised as anyone by Articus’ win and said the gelding may have earned himself a shot at the Cameron Handicap at Newcastle later this month.

“He’s threatened to win a couple of times but I thought when the track started to dry out we might have missed our chance,” Lees said.

“He may even line up in the Cameron in a couple of weeks time.”

Making her seasonal return, Scarlet Dream was game in defeat and trainer Mark Newnham said the performance showed she had another string to her bow and wasn’t a pure backmarker.

On a day when it was difficult to make ground, James McDonald positioned the Group One placegetter in fifth and the mare finished the race off strongly in a sign Newnham took as positive.

“Even ridden a bit differently she was still able to finish off,” Newnham said.

Scarlet Dream is being aimed at the Group One Metropolitan Handicap (2400m) in October and is likely to have her next start in the Kingston Town Stakes (2000m) at Randwick in two weeks.