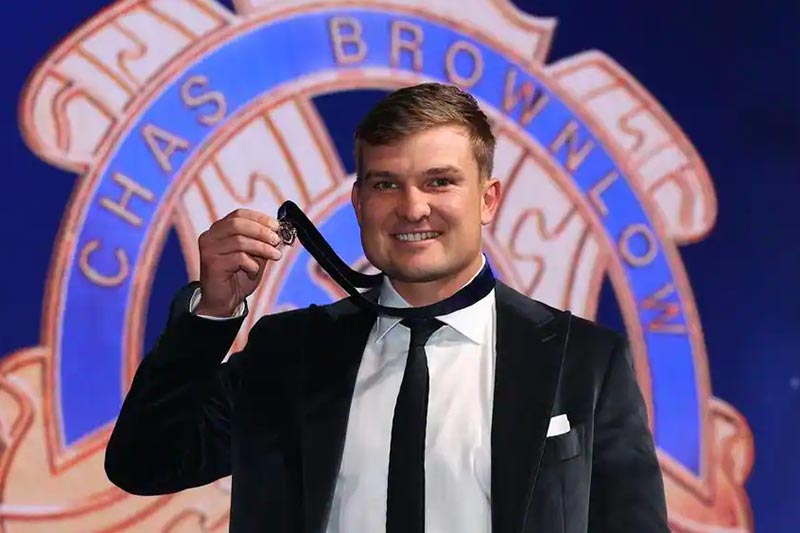 The Brownlow Medal has been dubbed ‘the midfielders award’ in recent times, as there have been almost no winners from another position for the last 30 years.

Port Adelaide on-baller Ollie Wines came out on top in 2021 after a thrilling vote count, but he was far from the favourite this time last year.

We have gone through the 2022 Brownlow Medal betting markets just before round one of the AFL season to see which of the contenders offer the best value, while also picking out a couple of players who could be this season’s surprise packages.

We will start off with the current favourite in Ollie Wines, who could genuinely be a bigger threat this season. Travis Boak thrived for the Power last year and polled 25 votes, but he will spend less time in the middle this season given his advancing years. At 26, Wines is entering the prime of his career and could stand out even more in the 2022 iteration of Ken Hinkley’s squad.

The year 2020 was a belter for Lachie Neale, who was unstoppable on his way to winning the Brownlow in record style. Neale polled three votes in 10 matches, despite only playing 18 games during the shortened regular season. After putting an injury-plagued 2021 behind him, the Lions midfielder looks back to his best and will be one to keep an eye on. We see no reason why Neale cannot replicate his 2020 form in what should be a successful year for Brisbane.

Jack Steele was one of the favourites heading into the 2021 Brownlow but polled below expectations, as he was overlooked on multiple occasions throughout the year. Steele polled votes in eight of St Kilda’s 10 wins last year, including an incredible six three-vote matches. We expect the Saints to win more games this season, which will lead to more opportunities for their captain to poll votes.

Our first smokey for this year’s Brownlow is Gold Coast Suns co-captain Touk Miller, who is primed for another dominant year in the middle. Miller works extremely hard on both defence and offence, which leads to him producing ridiculous numbers. Last season Miller set an AFL record by posting over 30 disposals in 16 consecutive matches. We think the hard-working Sun will continue to rack up the possessions right from round one, so keep an eye on his Brownlow Medal odds as the season progresses.

We are having a hard time unpacking why Tim Kelly is so far back in the market this season, especially considering he finished fifth overall in the 2019 count in just his second season in the league. Kelly will have to do a lot of the heavy lifting in the West Coast midfield, as Elliot Yeo and Dom Sheed will both miss the start of the season through injury, while Luke Shuey has already had a hamstring scare. Kelly was best on ground for the Eagles in their preseason practice match, so he could do some damage this year if his side can push for finals.